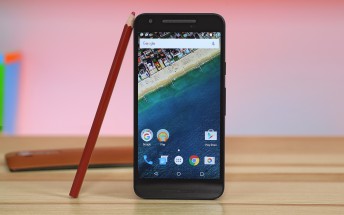 The LG Nexus 5X may be the first ever Nexus device to have a dual-SIM version. That is, if the information listed by one Kuwaiti retailer is correct. Xcite is the company that claims to have the dual-SIM Nexus 5X already in stock, ready to be purchased for KWD 145 in its 16GB iteration (that's around $477 or €437, by the way).

All the other specs are identical to the single-SIM Nexus 5X we all know, but there's the added mention of two nano SIM slots to complete the package. So unless this is a mistake, we should probably expect to see the dual-SIM Nexus 5X launching in some other markets in the near future as well. 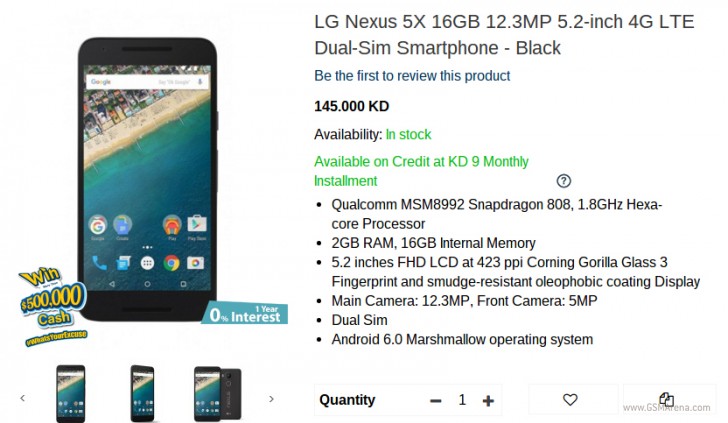 However, it's unlikely that LG and Google will bring this model to Europe or North America, since they've traditionally not been markets with high demand for dual-SIM smartphones. On the other hand, the dual-SIM Nexus 5X could be offered pretty much everywhere else in the world.

LG will update older flagships with the Velvet UI, starting with the LG V50 ThinQ

LG is working on 5G mid-rangers, including the LG Q92 5G

lg nexus 5x have a dual sim officially? plz anyone confirm me...

I'm from Kuwait, Xcite always not accurate about products information they sell online!!

Dual-SIM Nexus 5X has already been submitted by LG to Brazilian telecommunications agency (Anatel). Anatel has approved the device battery in September. Linking this fact with this information about Kuwait, we can suppose Nexus 5X Dual-SIM proba...