While the Samsung Galaxy Note 3 Neo continues its journey of leaks, the company has launched the Galaxy S III Neo+ in China.

Featuring a similar design to the Galaxy S3, the S3 Neo+ is built around a 4.8" Super AMOLED display, which rocks 720p resolution. The pixel density is 306 ppi, which is very respectable. Under the hood, there's a 1.4GHz quad-core CPU of unknown architecture - we guess it's the dated Exynos 4 Quad 4412 with four Cortex-A9 cores, but it could also be a Snapdragon 400 with Cortex-A7 processor. It's joined by 1GB of RAM and 8GB of internal memory, which is expandable via the microSD card slot that's on board. 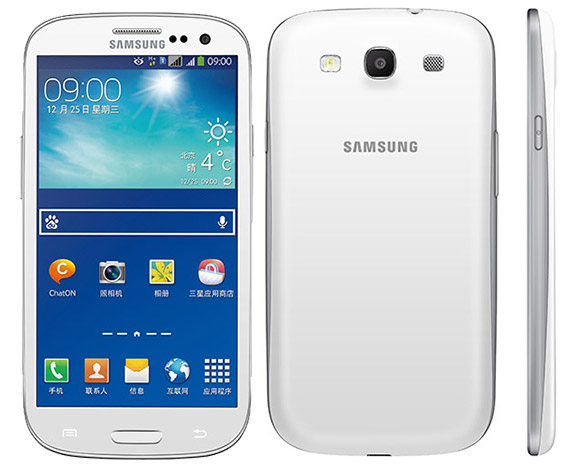 Unsurprisingly, the battery cover is removable and reveals the dual SIM card slots (3G + GSM), the aforementioned microSD card slot and the 2100mAh battery. The Samsung Galaxy S3 Neo+ weighs 132 grams and measures 136.6 x 70.6 x 8.6mm - exactly the same as the Galaxy S3 (with the negligible difference of 1 gram in weight). At the back, there's an 8MP camera with LED flash capable of recording 1080p video.

Pricing and availability aren't detailed at this point. We suspect the Galaxy S3 Neo+ will make an appearance in Chinese retail stores as well as major carriers pretty soon.

is it available in INDIA?

how can i connect facebook in my dual sim samsung galaxy S3? And h0w can i d0wnload?