Everyone using a Huawei phone is waiting for this year's Huawei Developer Conference as the tech giant is about to unveil the latest iteration of its own take on Android - EMUI 11. The generational upgrade is about to bring a plethora of new features as well as a new UI. The latest teaser poster, however, suggests that there's going to be a surprise too. 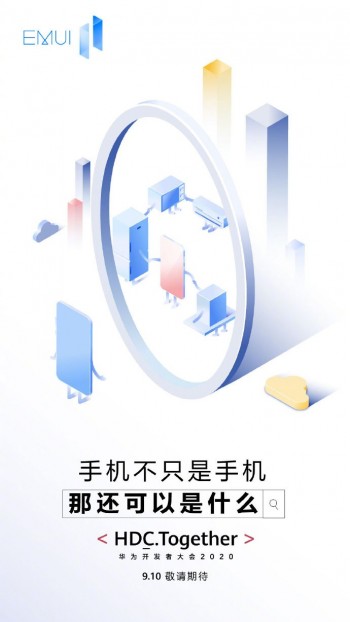 "The phone is not just a phone, but what else could it be?" - reads the teaser poster on Weibo. The post itself also hints that the EMUI 11-powered smartphones will seamlessly connect to the world. We aren't sure what to make of this, but we could possibly see some IoT devices running the OS or offer deeper integration with Huawei's EMUI 11 with the latter being more plausible. There are a microwave, a fridge and some other appliances in the picture pointing at home automation efforts on behalf of Huawei.

There are just a couple of more days before HDC 2020 kicks off, so stay tuned to see what Huawei has in store for us and will it be enough to make its phones more viable outside of China amidst the ban.

Good for you. I seriously didn't notice more than 3-4. If you say so I belive you, but in the subway of Bucharest they are rarer than the razer

Don't you think iPhone and Google do the same