EMUI 8.0 with Android Oreo now rolling out to the Honor 8 Pro in India 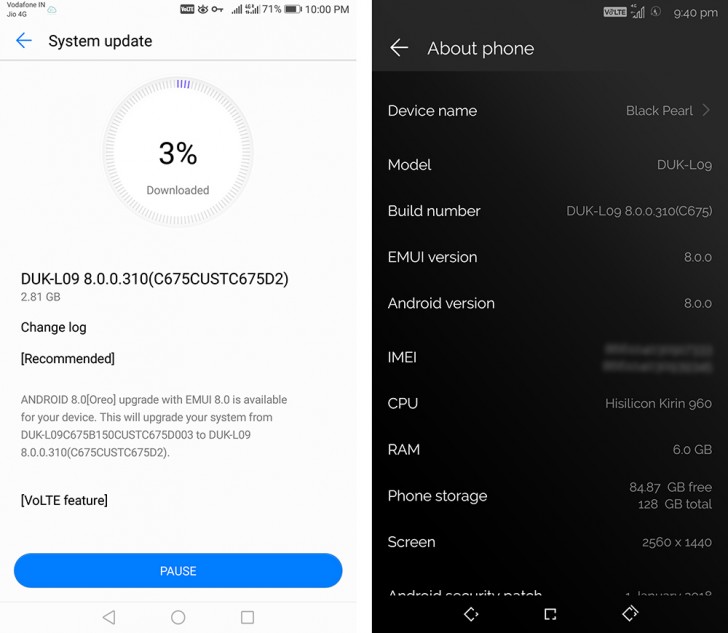 The update is 2.81GB in size and brings with it a bunch of changes, most importantly the jump to Android 8.0 Oreo. Apart from that there are also visual changes to EMUI, a new navigation dock, app shortcuts, smart tips, PrivateSpace for private files and folders, AI-based optimizations to performance, 3D panorama mode, Vodafone VoLTE support, and more. Also included is the January security patch.

I have an Airtel connection in India and using Honor 8 Pro. Got the Oreo update last Sunday - 4th of Feb. Huge update - nearly 3 GB. Took me half the day to update. Dont understand the big hue and cry about Oreo though.I liked the Nougat better...

I am also still waiting for the past 1 week... still no update

It must be roll out behavior, some get it sooner, some later