Avenir Telecom unveiled its first Energizer-branded 5G phone, cleverly called the Energizer Hard Case G5. “Hard Case” means this is part of a rugged line of products that ranges from flashlights to smartphones. And “G5” is “5G” spelled backwards, get it?

Jokes aside, this phone comes with an IP69 rating for dust and water resistance. It can go down to 1.2m depth (4 ft) for half an hour. The whole device is hermetically sealed to keep water out. 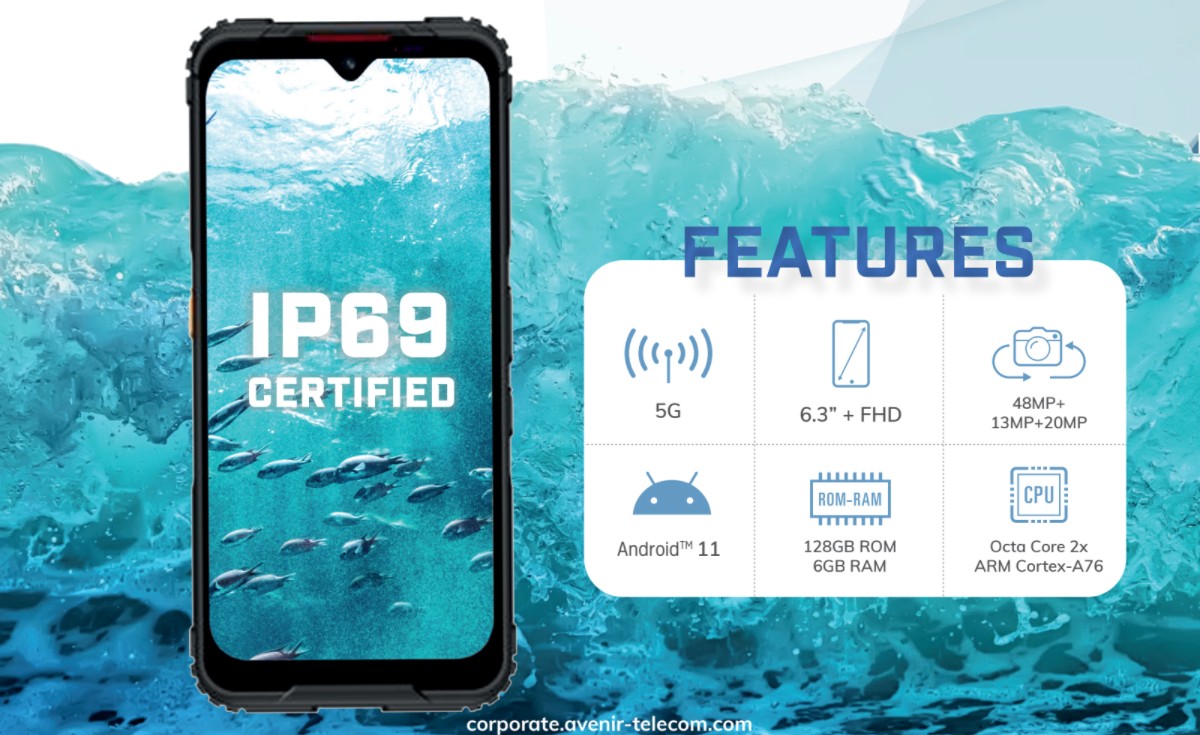 The exterior is made out of several layers of solid industrial rubber, which makes the Hard Case G5 shock resistant and it can survive drops from 1.2m heights. Additionally, there is a special liner that allows the phone to withstand electrostatic shocks.

Basically, this is a phone aimed at professional out in the field. But it feels just at home in the city center, soaking up 5G data rates thanks to the Dimensity 720 chipset, a 7n nm chip with 2x Cortex-A76 cores, a Mali-G57 MC3 GPU and a sub-6 modem that can reach download speeds of up to 2.77 Gbps. Here it runs Android 11 with 6 GB of RAM and 128 GB storage, plus a microSD slot. Speaking of slots, this phone can also hold two SIMs.

The cameras sound interesting. No, not the 48 MP main and 13 MP ultra wide-angle cameras, those are pretty standard. But there’s also a 20 MP “night camera”, which can see in the dark thanks to the infrared illuminator below. 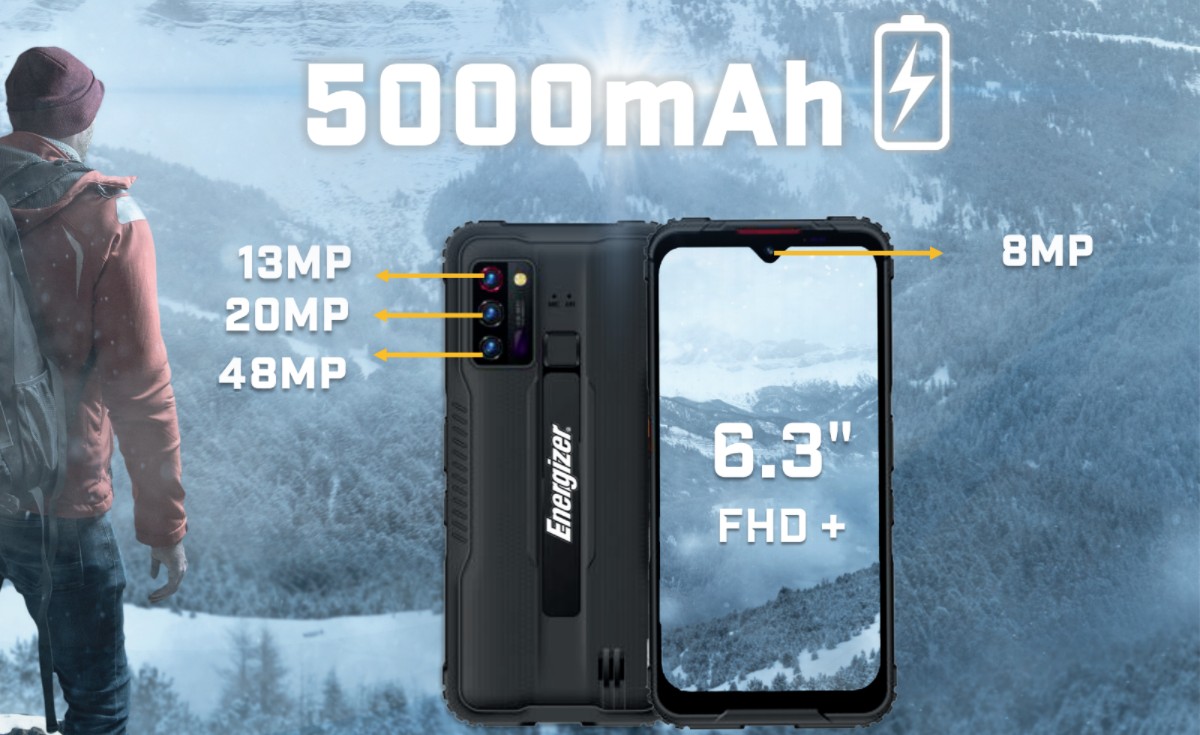 Now for the rest of the traditional smartphone stuff. On the front there is a 6.3” LCD with 1080p+ resolution, which is protected by Gorilla Glass 5. The notched camera on top has an 8 MP sensor. There’s no 3.5 mm headphone jack, but there is a waterproof speaker.

The phone is powered by a 5,000 mAh battery that charges over USB-C. It has enough juice to last 9 hours of talk time. There’s no word on charging speed, however. Anyway, the phone has NFC and an FM radio on board. 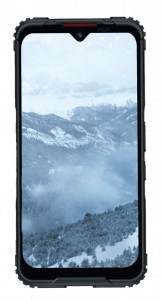 The Energizer Hard Case G5 will become available between October and November at a price of $600. Avenir says this is just the start of its 5G range.

But if that’s too pricey or you value battery endurance over 5G connectivity, the Energizer Ultimate U680S might be a better option at $140 (it will be available in the same time frame). And note that this one gets 3 years of warranty.

This is a 4G-only phone powered by an Unisoc SC9863A, an old-school 28 nm chipset with eight Cortex-A55 cores and an IMG GE8322 GPU. This one doesn’t get much memory, just 2 GB of RAM and 32 GB storage (expandable via a microSD card). Still, it looks like it runs full-blooded Android 11, instead of Go Edition.

The 7,000 mAh battery is more interesting, though Avenir again neglects to mention charge speeds. At least we know it happens over USB-C. 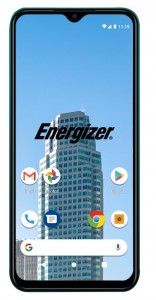 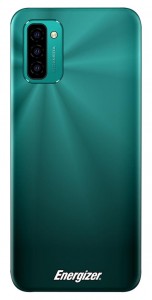 You do get a 3.5 mm headphone jack on this one as well as FM radio, though no NFC. It’s a dual-SIM phone with VoLTE support, Wi-Fi b/g/n and Bluetooth 4.0.

Yes, I remember my original Moto G 4G it was tiny. And had the same resolution display as this monstrosity...