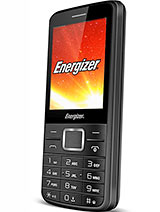 Not a good phone. It rang one person 20 times , another 17. I'm scared it's going to ring the police etc. I find it difficult to make texts.

The phone has a very poor mouthpiece and one has to shout when making a call for the recepient to hear. This is very frustrating. The manufacturer should improve on this. Other functions of the phone are okay.

I just bough two of it to mother and aunt. Good phone for old people who do not like smart phones and want to make calls only. However I found the maximum contacts to be saved on phone are 300 !! Which is enough for them but for a second phone to me will be very small. Do not know if it can be increased if I added memory card but wanted to mention this if anyone can find it useful. Will update again after installing memory card.

MEdhat, 17 Apr 2019does this Phone record voice call and does it has sound rec... moreyes it has voice recorder
and u can also record phone call
but be ware the call speaker is not good
and low
while the other speaker is louder and acceptable

Annoying is that hitting 1 or 9, even with key lock on, starts making emergency call.
If you hit any other button, if key lock is on, it lights up screen and tells to hold "*" to unlock keys. But this lighting up screen takes battery and on night time is quite common to have trouser pocket lighten up all the time, probably on day time also, just not visible then.
So probably if manufacturer can re-programm for "GEN-2" so that if key lock is on, it wont make emergency calls and wont lighten up the screen for every button (maybe only for 1..2 buttons) - then probably stand by would be 8 weeks or so and I would buy it again.

I got this one for my dad because he only needs a phone to make calls and send SMS, that has big screen and big, easy to read buttons. And this one was perfect. Didn't expect it to be quite this thick, because it's really thick phone and basically as big as my iPhone XR in other dimensions, but most of that bulk is absolutely stupendously huge battery. It's so big it's been almost a month now and he still has around half of the battery left. Absolutely insane. Camera is pretty bad, but it makes photos and that's about it. Oh and this has to be the first mobile phone that literally has 1 melody for ringing and 1 for SMS alerts. I've never seen anything like it lol. You can transfer your own on it though, but it was still funny to see. Oh and has a full sized USB port so the phone can act as a powerbank, so you can charge other devices from it. Pretty neat :)

does this Phone record voice call and does it has sound recorder ?

This phone is pretty much a polar opposite of the Alcatel 10.16

Nickname (optional), 17 Dec 2018I bough this and was disgusted at the fact that Energizer h... moreWhat do you expect for a phone with a 4000mAh battery? You can't fit that in an average-size feature phone.

Amazing battery. This phone will be the best choice to second phone that only for calling and messages. I like it

I bough this and was disgusted at the fact that Energizer had mislead me on the actual size of it. The marketing material fooled me into thinking it was an average sized phone. It's not - It's a phone with buttons big enough your grandmother can read without her glasses! The phone is HUGE.

A 4000mAH battery on a feature phone. There's no reason HMD Global shouldn't do this as well. They're still using the same BL-5C battery from over a *DECADE* ago on their feature phones being made today!

This phone is sensational!! 744hr standby!?

Basically its a portable charger for your main phone, but if you're stuck you can still make texts and calls. This will be a great backup to my P20 Pro (the best phone to buy on the market).

Add simcard and a ringing powerbank is born

Sonim phones have better autonomy and are extremely rugged, what's so special about this phone? It's years behind

Wow can't wait for this to hit shelves!!!! So excited

Anonymous, 08 May 2018I would have been interested in this IF it never had a stup... moreWhy would that keep you from buying it? You don't have to use it..