The OnePlus 7T Pro McLaren Edition is set to become the company’s most expensive phone yet – whether it costs too much will depend on how big a fan of McLaren you are and if the rumors of 65W fast charging prove to be true.

This phone will cost €850-860, according to leakster Ishan Agarwal. It will come with 12GB of RAM and 256GB storage and most likely a different look on the back. Judging by the box, chances are we’ll see carbon fiber with orange highlights again, just like the OnePlus 6T McLaren. That phone was the first to use Warp Charge 30, as you might remember and in the same way, the 7T Pro McLaren may be the first to use Warp Charge 65 (or whatever it is called). 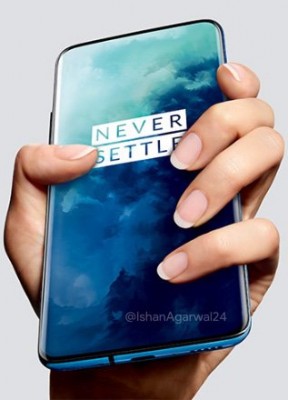 OnePlus 7T Pro may be coming to India on October 10

Still could be game changer i wonder if this will be available to all countries via oneplus site.

According the picture, I can see the user can't hold the phone one handed well because the phone is chubby and their thumb/forefinger can't reach together when they grip the phone in portrait position.