Throughout all the social distancing (and isolation) we've seen because of the COVID-19 pandemic, Zoom has emerged as a household name, whereas before it was probably best known by some people for being the video conferencing tool at work. As more and more people have been using it for everything but work related purposes, it got to hundreds of millions of active users each day, and Facebook took notice.

The social network thus announced Messenger Rooms a few weeks back, which is basically its response to Zoom's popularity, although aimed squarely at consumer use cases (because there's no screen sharing or other tools that would benefit business settings). Today, Messenger Rooms is starting to go live. 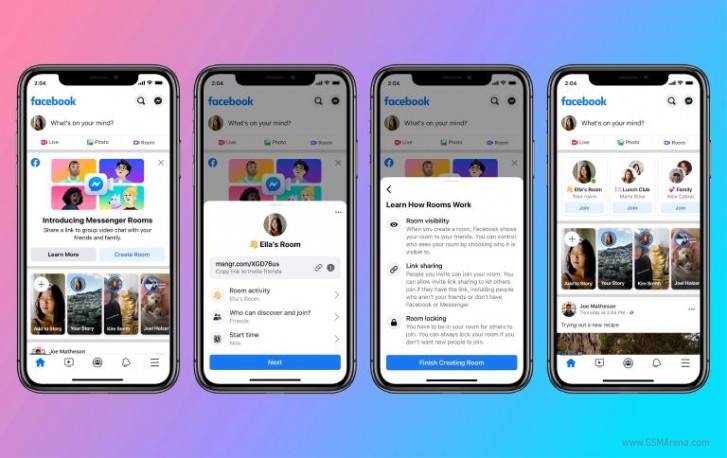 We say "starting" because at the moment we still don't have the functionality, even though it was supposedly turned on globally, so clearly this one of those staged rollouts. Hang in there though, it's coming.

When you have it, you can create a room from Facebook (in North America) or Messenger (globally). You can have up to 50 people on a free video call, with no time limits whatsoever. There's a host/guest system like on Zoom, and you can invite people who don't have a Facebook account (and they won't need to create one in order to join).

You can choose who gets to see and join your room, and remove people from it at any time, or even lock the room if you don't want anyone else to join.

Facebook makes it official: WhatsApp audio and video calls will soon have up to 8 participants

We use Zoom at my job, it work really good. I don't see why we should change for another program at my job.

Lol if you actually do little bit research you'll know that Telegram is not better solution if you concern about privacy. If you need privacy Signal dan Wire can be much better option.

Facebook messenger is just sh!t ,compare to Skype and other platform , in the quality of video department