Facebook is adding official music videos to its platform, starting this weekend. The launch is exclusive to the US and comes in partnership with major companies like Sony Music Group, Universal Music Group, Warner Music Group, and smaller labels. 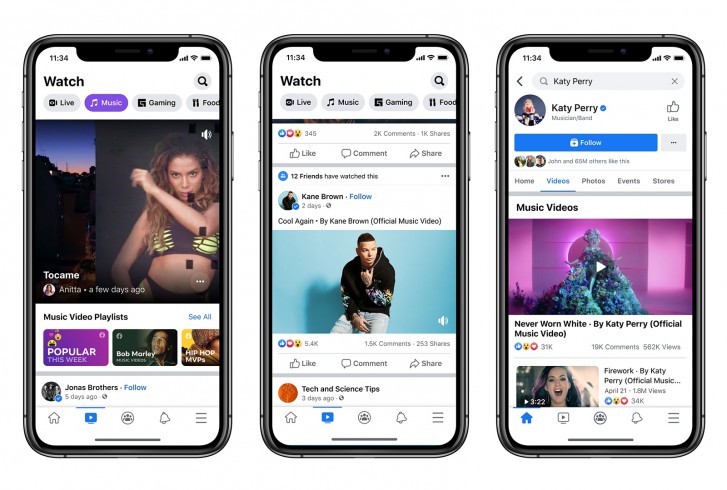 You'll be able to find the official music videos on Facebook Watch, where a new Music tab has been created complete with categories and themed playlists and the experience will become more tailored to your tastes over time. As with any other video on Facebook, you'll get to react to, comment on, and share the music videos and they'll also pop up in your News Feed from the artists you're following.

There's no word on whether the feature will be expanded to other parts of the world.

Facebook is finally rolling out Dark mode for its app, starting on iOS

Lol😂. In my country, we actually eat this way with milk (Instagram) and spices (WhatsApp) with rice (Facebook)

It's all about money and our data! If both can milk you, why not?!