Facebook is launching its own cloud gaming service, but it’s not going to compete with the Nvidia, Microsoft and Google services. The social network is focusing on mobile games exclusively while the others are for PC games.

This new service offers instantly-playable games, just pick a game and tap on it – currently available titles can be found at fb.gg/play. No installation is needed and no controllers either (since mobile games are designed to be played on a touchscreen).

Another major difference is that Facebook’s cloud gaming service is launching with free-to-play games. It could expand to paid games in the future, but for now you won’t spend a dollar for buying games.

Some (well, okay, most) of these free titles do have in-game purchases. If the developer uses Facebook Login for Gaming then any purchases you have made or will make will be synced with the native version you may have installed on your phone.

Furthermore, cross-play is supported, meaning if you’re playing the cloud version of the game, you can challenge opponents playing the native game (again, relying on Login for Gaming). 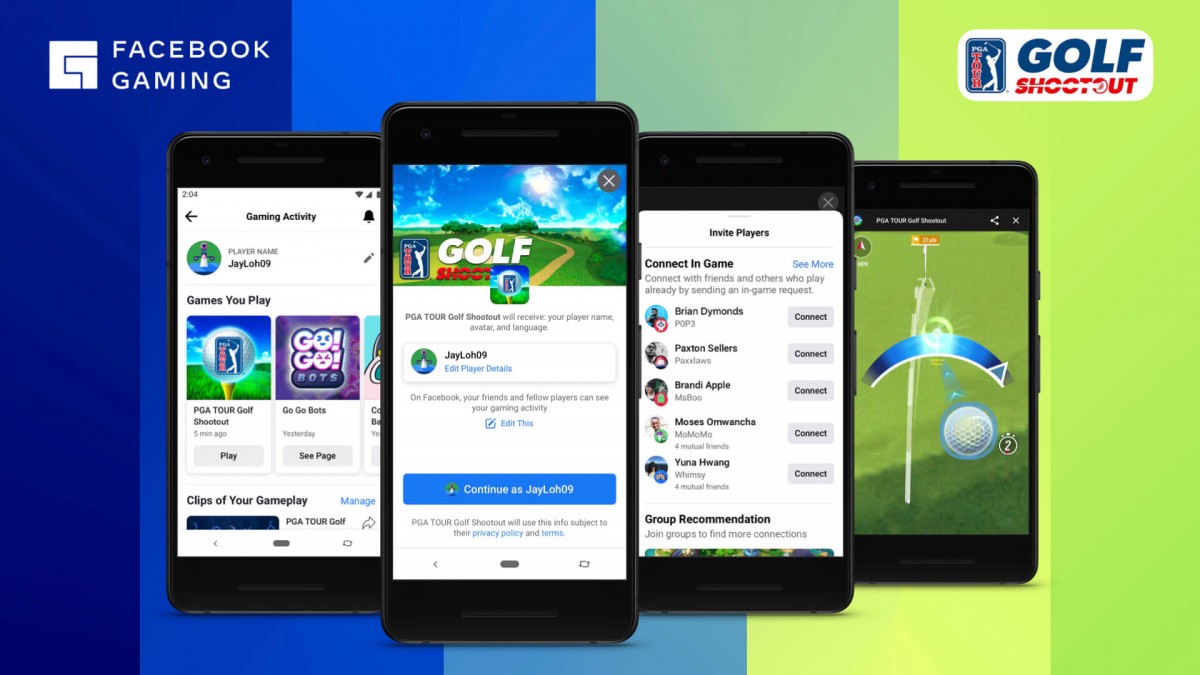 This service is a fast, free way to try out new games. But if you’re not comfortable using your real name and photo, you don’t have to – Facebook lets you set up a Player Name and an Avatar that will be used in games.

Facebook is hoping to change how games are advertised too. Instead of the usual screenshot or maybe a short clip of game play, developers will be able to create demo versions of their game that people can play instantly. Again, this is possible since there’s nothing to install and no controllers to connect. The following studios have already signed up to create playable ads: 2K, FunPlus, Gameloft, Glu Mobile, Gram Games, Rovio and Wildlife Studios.

For now the company is starting off with a limited selection of game genres. As its streaming technology improves, it will start adding action and adventure games some time in 2021. Some fast-paced games like Asphalt 9: Legends are already available and Dirt Bike Unchained is coming in a few weeks.

Note that this service will skip iOS for now – only Android and web players can try out the instant games (Facebook points to Apple’s restrictive cloud gaming policy). Strangely, playable ads are coming to iOS in the US.

As for the games themselves, Facebook needs a playable Android APK from developers, so iOS-only games will not be available.

i search asphalt 9 but found nothing?

Walk away from fartbook, twister, Smoogle et all..Don't entertain them on your phones or in your personal life. When buy any smart phone you need to dumb it down. Disable all the useless app permanently. Install ad blockers. use alternate platfo...

Best of luck with that when 99% of people depending a lot on Facebook, especially for businesses.