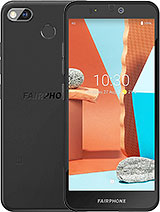 AnonD-1048858, 02 Sep 2022so can anyone that actually uses this phone tell me what th... moreHi. I've owned my Fairphone 3+ for over a year and a half now. Used is as my personal phone although most of the daily usage comes from my work phone (S20). As a daily driver, it works well.

I should also mention that I have used 3 different OS' with the Fairphone 3+ over the last year and a half. First, I used the default Android that was pre-installed. Then I switched over to /e/OS (De-googled android with MicroG). Lastly, I am currently running Ubuntu Touch (16.04 - 2022-W30/2) with Waydroid installed (to run my Android banking apps, Spotify, WhatsApp and other apps).

I can say that with Ubuntu installed on the FP3+, I can easily get 2 full days of battery life with regular use (calls, messages, email, pictures, music, occasional browsing). If I start using Android apps (via Waydroid) the battery life diminishes back to a single day of use, needing a recharge whenever I go to bed.

I am not saying that Ubuntu has better battery optimization. I just think that due to Android needing to be constantly be connecting for notifications and apps running in the background, it ends up eating more battery throughout the day. If I open the android container, use the app I need at the moment and close Waydroid right after, I keep the battery usage to a minimum while still having all the daily apps available. On occasion, I have left Waydroid open all day and used my FP3+ as a regular android device, leaving the battery running for around a work full work day (20-10% at night).

On Android (either the pre-installed by Fairphone or /e/OS), with heavy usage (regular use + Spotify, Streaming series/videos and playing games) I have a full day out of my phone.

AnonD-1048858, 02 Sep 2022so can anyone that actually uses this phone tell me what th... moreI've had it for 3months and I am quite happy with the battery and the camera. The battery lasts at leasts two days for me but I am not a heavy user. When I use the phone a lot, the battery lasts for a day so I think it is quite the average. There is no extra software in the factory preset which I find positive. At least for me it is a good phone, with the ethical manufacturing and all

so can anyone that actually uses this phone tell me what the battery life is like, software updates and camera?

You're very naive if you think 4 times more MP makes a camera 4x better, there are so many things about a camera.

48 MP cameras often use Quad Pixel technology, meaning 4 pixels are combined into one and the resulting photo will still be 12 MP but it will be better in darker environments.

I'm not saying this camera uses Quad Pixel, just that cameras are super complex and MP number is an easy to comprehend numbers that OEM slap to fool people that don't know what makes a camera great.

brokemolotov, 19 Jul 2021It's because they're still a relatively young and... moreActually shipping outside europe will cause them to step on their word. They try to reduce polution as much as they can. So tehy have policies about how the devices are send.

The description says how old fashion low resolution camera it has and it is very mid range etc etc. Then I compared it with my current phone which is iPhone 6 and undestood that i'm getting 4x better camera (48megapixels instead of current 12mp)! I'm very much looking forward to this 'upgrade' and keeping my Fairphone till 'the death do us apart' :D

I like the look of the phone, no notch and punch hole, simple rectangle just, like on the PC. What I don't like about it, is the branding on the front bottom of the phone, If I really want someone to know, what phone I use I will let them know.
Overall I like that it has replaceble parts, I wouldn't mind if they do a display version with no bars and no front facing camera, a simple full vision display on the front.

AlexMason, 15 Jan 2021Overpriced Green Phone. The phone design looks like a 10 ye... moreThe older design is pretty. Modern phones look all the same and it would seem like if they are regressing in usability.

VA1DER, 20 May 2021Totally unobtanium in North America. It's already exp... moreIt's because they're still a relatively young and small company.
Shipping within Europe is way easier, thanks to the common market. Selling outside means a lot of different legal (warranty) and tax regulations, higher logistics costs and bureaucracy due to customs.
They are mainly focusing on consolidating in the European market and eventually expand, a little at a time, in more selected non-European countries.

I definitely love this easily repairable modular smartphone, but I do think that Fairphone can do with better hardware. If the next-gen Fairphone 4 has Snapdragon 678 or 860, an ultrawide camera, a bigger battery, and a bigger screen but no more than 6", that would be my next phone. I know that Fairphone is only available in European countries at the moment, but I do think that there are third-party retailers out there who can sell it outside Europe.

Aadrian, 17 May 2021The whole point of this phone is sustainability, durability... moreHe gets it, he simply doesn't care. Money is the only priority for him and many others.

Totally unobtanium in North America. It's already expensive, to buy here you have to buy from a second or third party reseller and pay even more. Why will they not ship to anywhere outside continental Europe?

I need money, 09 Apr 2021This phone is totally overpriced with such poor specs. The whole point of this phone is sustainability, durability, fairtrade and easy repairing. Organic food is also more expensive than not organic food. Buy a fairtrade chocolate bar at 100 grams and you pay twice as much a a non-fairtrade chocolate bar. The fact that this phone is FAIRTRADE means it is more expensive even with lower specs, because they only use fairtrade raw materials which are more expensive. If you don't care about fairtrade phones, buy a cheap other phone made by kids or people who work from 12-12 in mines. I really don't understand why people simply don't get it.

This phone is totally overpriced with such poor specs.

YUKI93, 27 Mar 2021Even if you buy a refurbished phone, it won't change t... moreAlso this is the most ethical mobile phone company as well. Blackberry comes second and Nokia comes third

AlexMason, 15 Jan 2021Overpriced Green Phone. The phone design looks like a 10 ye... moreEven if you buy a refurbished phone, it won't change the fact that repairability will still remain the same as usual. So if that refurbished phone is hard to repair, it will stay that way. So in the long terms, I would better off buying this phone. Heck, even the Fairphone 2, which is a 2015 model, has received an official Android 9.0 Pie update. I know that an Android 9 Pie update in 2021 sounds like a real joke, but for a 2015 Android phone with OFFICIAL support? That is not a joke at all! If only Google can do the same with the Huawei Nexus 6P...

AlexMason, 15 Jan 2021Overpriced Green Phone. The phone design looks like a 10 ye... moreI'd rather not.

sebastian, 19 Dec 2020and yet, it's people like him who reach the elite stat... moreWhat's the point? What can be gained can be lost. Running after stupid things like status like it is permanent. What's the logic behind that?