Oppo is all set to announce a new variant of the R11 smartphone. The company has started sending out invites for an August 8 event, hinting that the phone's FC Barcelona Edition will be the star of the event. 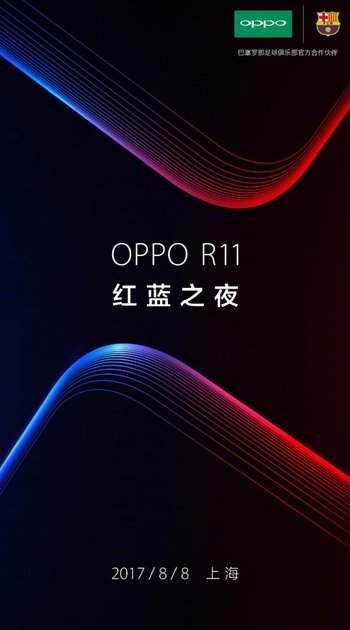 The new model is expected to carry same specs as the standard R11 phone, but the UI is likely to be FCB-themed and some club logos will likely appear on the back. A different color scheme might also be on the cards.

Pricing will likely be higher as with most limited edition handsets.

their main target as of last night was Coutinho, Dybala is not getting traded, last options are Dembele and Mbappe, I seriously don't like Mbappe, lol

I think Perisic could be perfect to replace him 😂😂

On the package box, you might find a scratched out image of a person standing next to Messi and Suarez! :P