LG’s next flagship was just spotted going through the FCC and the document certifies three different variants headed to the US. The model number is LM-G820UM, LM-G820TM, and LM-G820QM. We assume the first two models are US unlocked and T-Mobile variants, respectively based on the penultimate letter in the model number.

There’s another number ending in “QM” which could be destined for CDMA networks like Sprint and Verizon. Of course, this is purely speculation because another model is spotted as LM-G820V. Is this perhaps the Verizon variant? 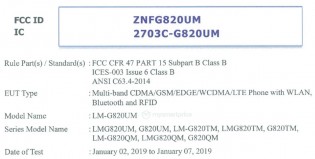 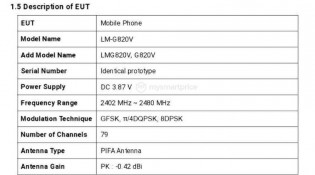 Otherwise, the FCC certification doesn’t really offer any other specifications aside from brief mention of WLAN, Bluetooth, and NFC radios. The LG G8 is going to be announced at the MWC later this month where LG will hold a press event announcing the new handset. 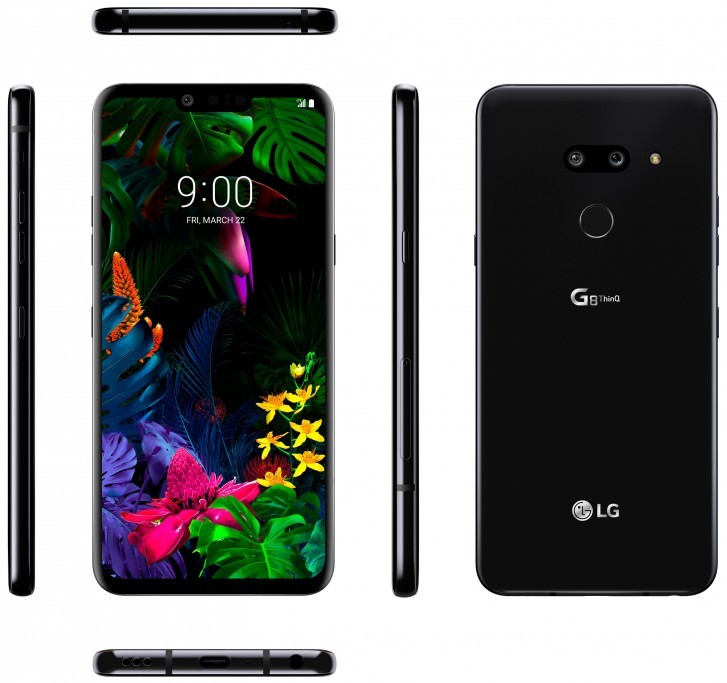 LG already confirmed that the G8 will use its display’s glass as a loudspeaker in conjunction with a downward firing speaker. In addition, LG also teased that its front-facing camera would feature a ToF sensor for better low-light selfies and more secure face unlock.

Other rumors suggest the LG G8 ThinQ will have a 3,500 mAh battery, a 6.1-inch 19.5:9 ratio display, and it will keep the 3.5mm headphone jack with QuadDAC. In addition, it will run Qualcomm’s newest Snapdragon 855 CPU. There is a dual camera on the back but unlike the G7 ThinQ, this one is horizontally placed rather than vertically stacked.

We will hear more about the LG G8 ThinQ at the company’s launch event set to take place on February 24 in Barcelona.

It 's better to avoid LG phone...... No battery backup No OS updates No Security patches No Resale value No Service centers No useful features....

Or rather they both have enough money coming in from other departments to keep their sinking mobile division afloat.