The FCC has confirmed that the Galaxy S10 trio will support reverse wireless charging and not just that, it even listed the max power – 9W.

If that doesn’t sound impressive, allow us to put it into perspective. “Fast wireless charger” for the current Galaxy S9 also provides 9W. Huawei doesn’t officially say how fast its implementation of reverse wireless charging is, but independent testing shows it’s under 5W.

Charging accessories wirelessly with your phone is a great feature, but somewhat inconvenient as you have to keep them together (and steady too, otherwise they would go out of alignment). At least at 9W maximum, the charging process shouldn’t take too long. You can even top up other phones, if you’re in the mood to share.

As for charging the Galaxy S10 itself, Samsung is readying a 15W wireless charger (which also passed through the FCC). It looks like the wired charger will also work at 15W. 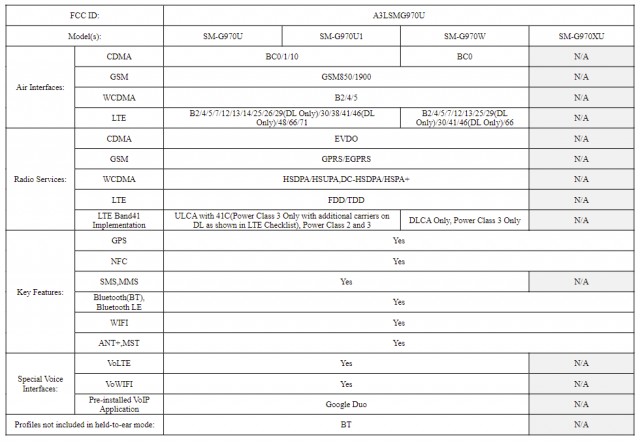 Moving on, the Galaxy S10 gang will be among the very first phones to support the new Wi-Fi 6 standard (802.11ax). They will also keep the MST feature of Samsung Pay as well as ANT+, VoLTE, VoWiFi and other goodies. Google Duo will come pre-installed as the default VoIP app.

Most detailed Galaxy S10 and S10+ images yet surface

And you spend much more power on the discharging phone than you charge on the other one. Its not 1% for 1%