The latest Android security update (for the month of February) for Google's Pixel, Pixel XL, and Nexus 6P devices will begin rolling Monday (February 6) onwards. This was revealed by Canadian carrier Telus in a recent update to its software update schedule. 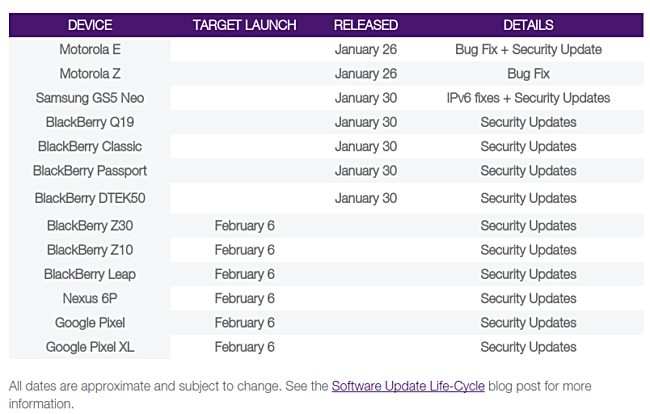 While the information may have come from a regional carrier, it's likely that the roll out date will be same in all the markets given that the Mountain View, California-based company directly controls updates for these handsets.

The schedule also reveals that a handful of BlackBerry devices will also start getting a security update on the same day. It's worth mentioning that the BlackBerry Priv has already started getting the February update.

This is the latest handset launching by google

Thnx for answering!!!!!! I really hope that blackberry does more publicity for the Mercury so that it has the same "hype" and popularity as Nokia. Oh and your name is great ;)