Firefox for Android now comes with a built-in ad blocker

In a very interesting twist, the latest version of Firefox for Android basically has a built-in ad blocker. The Mozilla-made browser has obviously been no stranger to ad blocking before today, but it's so far performed such actions via dedicated extensions such as AdBlock Plus.

From this point on, however, the functionality is there without the need for any add-ons. You just have to use the Private Browsing feature (which is called Incognito Mode in other browsers). This now comes with tracking protection, which "blocks certain Web elements that could be used to record your behavior across sites", according to Mozilla's changelog. In effect, this function blocks ads too, since those fit the bill quite well. It also blocks tracking cookies and social sharing buttons, for example. 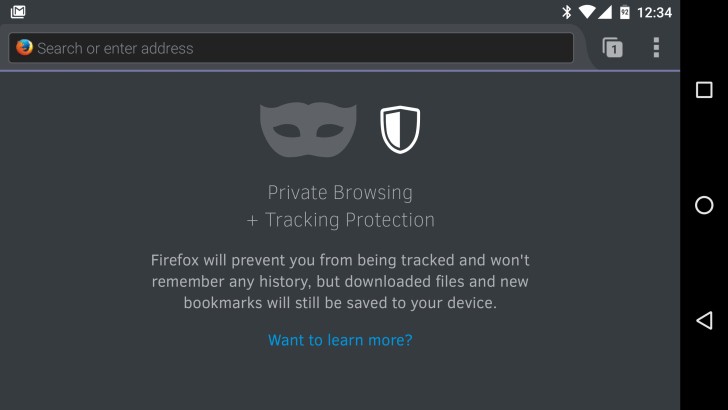 Firefox 42 for Android has other new stuff in it as well, such as the ability to open external URLs from Android apps in the background, family-friendly browsing when you create a restricted profile on a tablet, scrollable tabs for panels navigation, direct voice input support for searching from the URL bar, and a new mobile login manager. Oh, and performance should be improved on interactive websites that trigger a lot of restyles. Finally, some unnamed security fixes are said to be in too.

Chrome will label all HTTP pages "Not secure" from July

Tryed it and it worked (the addblock part). What more should i say?