Only yesterday we saw an array of renders of the expected Huawei Mate 10 made with factory CAD and dimensions data and today we see the first alleged live picture of the device.

The picture, shown below, reportedly contains the Huawei Mate 10 with its edge-to-edge display and button-less front. Interestingly the renders showed a button, but that's not to be seen here. 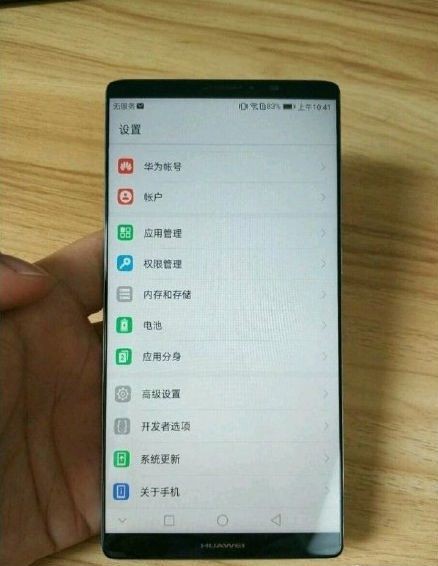 Given that the Huawei Mate 9 had no physical controls on the front this image may very well be genuine. We've also heard talk of regular and Pro versions of the Mate 10, so we might have seen two different devices.

What we know so far is that the Huawei Mate 10 will be showcased in Munich on October 16. It will be powered by Huawei's own Kirin 970.

Huawei Mate 9 never had buttons in front in the first place.

I think I sould be the one saying sorry for bursting your bubble LMAO ! I have been using phones since the 90's , my fist mobile phone was Ericsson GA628( if you heard about it and know the model ) until now when I am using an S8+ so don't tell me ab...

That is a poor photoshop of a Mate 9 lol