The Fitbit Charge 4 is receiving its second major update. While the previous one was focused on positioning, this one (first spotted by Wareable) is all about health data as several Fitbit Sense features have been ported over.

First off, the Charge 4 now shows proper readings from its SpO2 sensor on the smart band itself. You can use the new blood-oxygen watch face to keep an eye on that. Also, the band will now track your skin temperature (something only the premium Sense watch could do).

The Fitbit app can now also track your glucose level. You need to input that manually into the app as Fitbit doesn’t (yet) have a device to track glucose levels automatically. Still, this creates a useful log, which help users identify patterns over time. 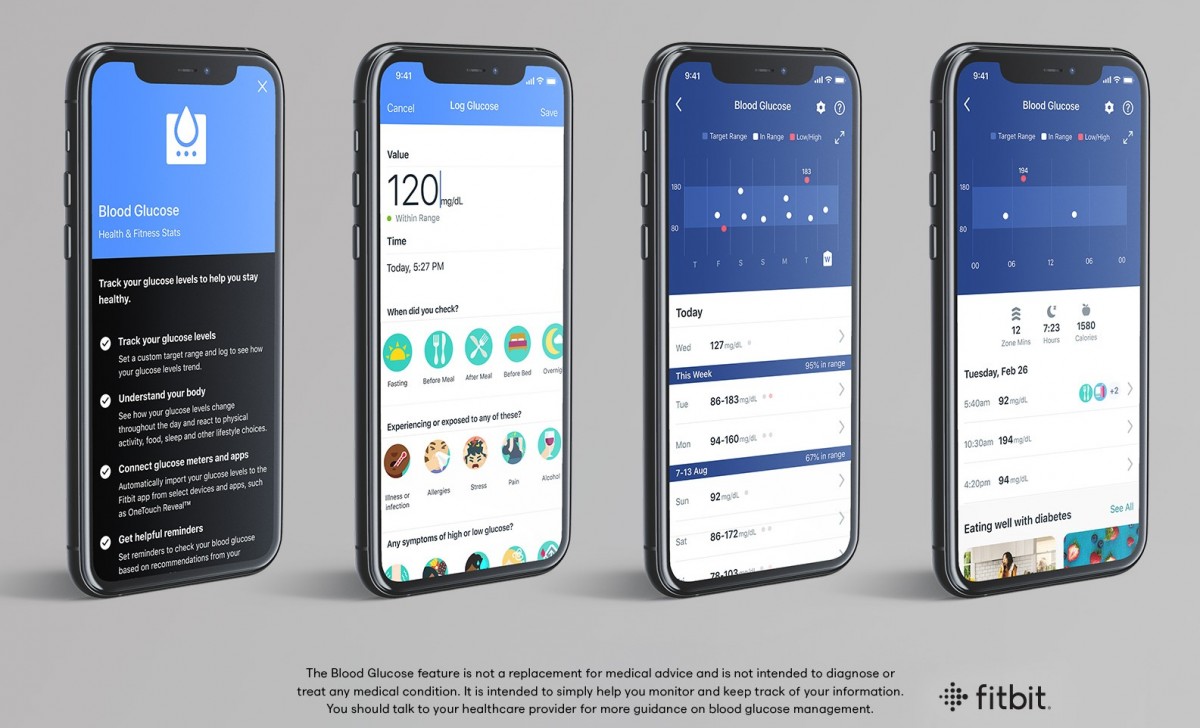 Meanwhile, Fitbit is expanding the availability of the ECG feature for Sense owners. It can now be used in Canada, New Zealand and US territories. This was already available to users in the US mainland and select regions in Europe and Asia (it’s a matter of regulatory approval).

Fitbit Sense gains ECG functionality in US and Europe

Fitbit unveils Sense, its most advanced watch yet, Versa 3 and Inspire 2 also debut

I talked to customer support at 4pm on thursday 4/29/21. They tell me that Spo2 will be fixed/Enabled on my fitbit 4 charge with a new revision. They would not estimate months or years wait for new revision When I asked to be compensat...

Can’t get the Spo2 to show how do I do that?

...hasn't been rolled out yet (will be during the next few days/weeks)