Flagship Meizu Note8 to be unveiled on October 25

It has been a while since Meizu put out a new Note, over a year in fact. This dry spell is about to end as the company ramped up a tease campaign for the Meizu Note8, setting its announcement for October 25. The event will be held at the Beijing Performing Acts Center at 14:30pm local time.

The teaser campaign tries the “falling star challenge”, which if you haven’t seen it looks like this: 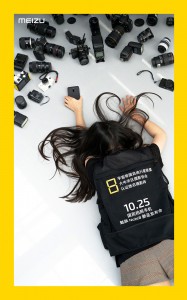 Here are more detail shots of the swag – we assume that what it is, goodies that will be given out to those who attend the event.

Also, Meizu wrote an acrostic for the Meizu Note8, it stands for “National Optical Technology Expert”. This could be a hint for an optical in-display fingerprint reader, similar to what the Meizu 16 phones have. 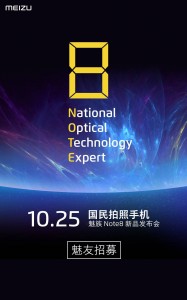 If you’re thinking that this is a high-end feature, it is. But this doesn’t seem to be a followup to the Meizu M6 Note, which along with all the other M Note phones is a mid-range phone. This appears to be a flagship device. Or the "optical" thing could be about an advanced camera lens, either way it's a high-end feature.

Anyone else notice the National Geographic - esque logo?