Things weren’t the same after the Samsung Galaxy Note – an irreversible trend began that pushed smartphone sizes bigger and bigger to the displeasure of many as the only phones that remained small were the ones that were cheap and under-powered. What if you wanted the flagship experience, but preferred it to fit snugly in your hand? 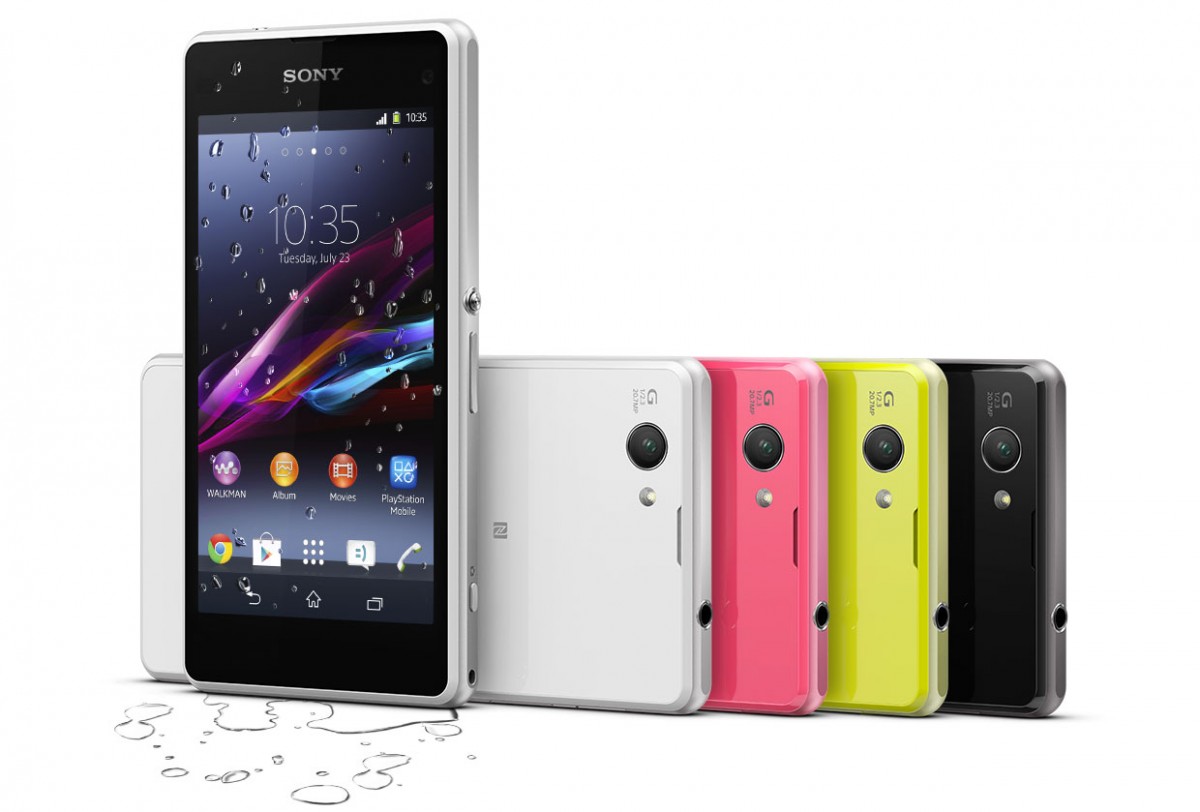 The Sony Xperia Z1 Compact wowed the crowds with its small stature and big ambitions. It was essentially a minified version of the Xperia Z1 flagship. Surprisingly, it lost very little in the process. Unlike the Galaxy S4 mini, S5 mini and HTC One mini, which were just as small, but were really mid-rangers masquerading as petite flagships.

The Xperia was different. It used the same Snapdragon 800 chipset as its big sibling and came with the same memory configuration – 2GB of RAM and 16GB storage. Small as it was, it still had enough room for a microSD card slot and a 3.5mm headphone jack.

So, what did change? The screen did – Sony shrunk the 5.0” panel of the Z1 to 4.3”. The resolution also changed, 1080p to 720p, which reduced the sharpness, but at that size the pixel density was still great and so was the overall quality.

You can thank the Bravia TV department for that. The Z1 Compact featured a Triluminos display, which works differently from conventional LCDs. A blue backlight is combined with red and green Quantum Dots to create the RGB triplet. The light emitted by the dots was superior to the filtered light of traditional LCDs - Triluminos is a competitor to OLED rather than LCDs, really.

The camera tapped another Sony department for help. The 20.7MP Exmor RS sensor (1/2.3”) was fairly large and sharp for its day and it sat behind a Sony G Lens. For comparison, the huge Nokia Lumia 1520 had a 20MP 1/2.5” sensor. The Xperia also had a “BIONZ for mobile” image processor, technology adapted from Sony’s digital cameras. 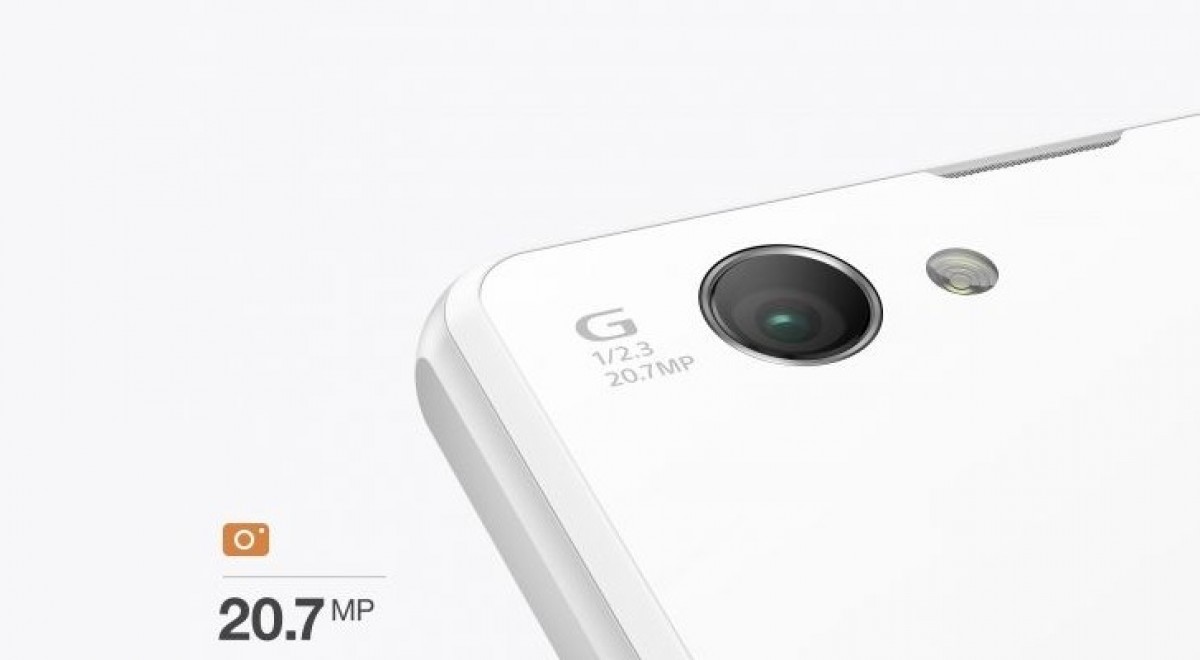 The G Lens was pretty bright – f/2.0, compared to f/2.4 on the Lumia and f/2.2 on the Galaxy S5, for example – and the image processor boasted a proprietary noise reduction algorithm. The hardware shutter key became something of a trademark for the Xperia series as that was something that was becoming rare even back in 2014.

Another trademark was the water resistance. The little Xperia Z1 Compact was IP58/IPX5 rated, just as its bigger sibling. It could dive to a depth of 1.5 meters (5 ft) and snap underwater photos. Those were the early days of waterproofing, so the USB port still had to be covered by a flap. The 3.5 mm jack could be left open to the elements, however.

The phone’s body was machined out of a single block of aluminum, which was sandwiched between two sheets of tempered glass. The simple lines of the design were quite beautiful and you could get it in Pink or Lime if the standard White and Black seemed too boring.

Another thing that changed was the battery – Sony could only fit a 2,300 mAh power cell inside the phone. However, thanks to the lower power requirements of the smaller screen, the phone scored a respectable 65 hour endurance rating in our review, beating even the big Z1 which managed 53 hours with its 3,000 mAh battery. 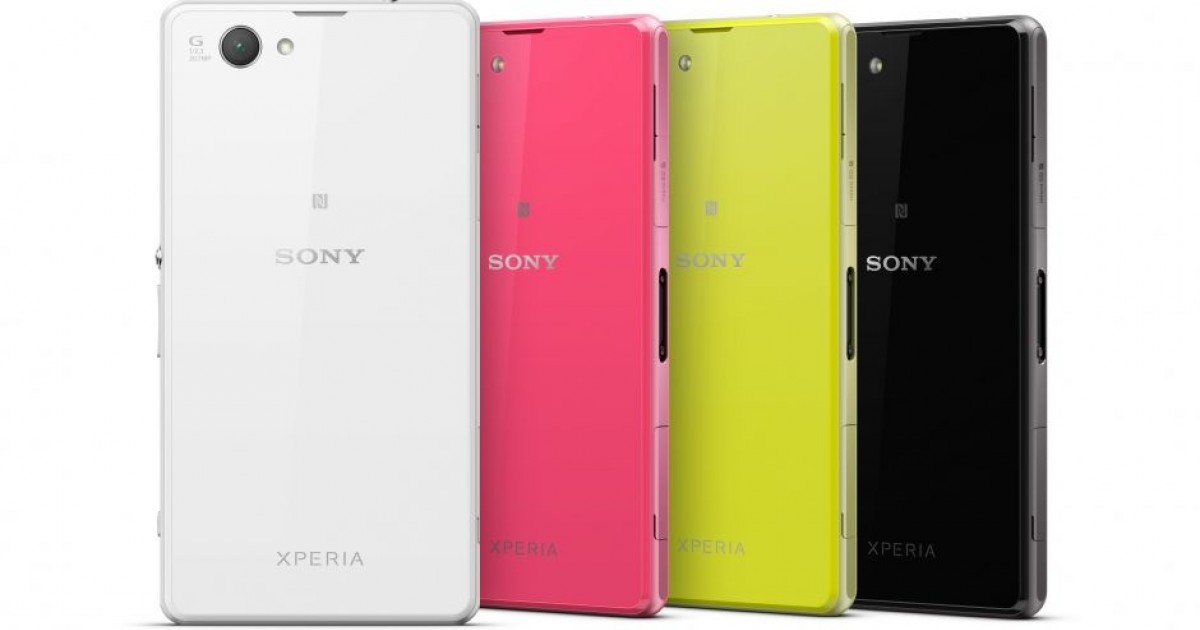 The Z1 Compact was a fully-featured multimedia machine. The microUSB port supported MHL for wired TV-out, there was also DLNA and Miracast for wireless screen mirroring. And if you had a Bravia TV, you could just touch the phone to the remote and it would automatically connect and share your display with your TV.

The Sony Xperia Z1 Compact was one of the best Androids of its day, regardless of size. Waterproofing was rare and cameras typically had 12-16MP resolution. Compared with the Android minis it was no contest. It even looked attractive next to the iPhone 5s, which was the other small flagship on the market back then (this was before Apple started increasing screen sizes with the iPhone 6).

The Z1 Compact spawned multiple sequels, the first of which came just months later. It grew the screen size to 4.6” while the body remained the same size. The same height and width, anyway, the Z3 Compact was thinner and lighter. The battery gained 300mAh extra capacity while the audio hardware was upgraded to stereo speakers.

This meant that Z1C's triumph was short lived - the phone was awesome, but it felt like just a rehearsal for the Z3C (which is worthy of its own Flashback story). Still, the two Compacts gained a loyal following and it seemed that this could be Sony's niche in the market. a niche no other maker competed in.

History shows that Sony never quite managed to make it work. The Xperia 5 II from earlier this week is a bit too large to be called a spiritual successor, though it is certainly one of the most capable smartphones that Sony has ever produced.

This phone was my second smartphone and had purchased in 2014. Died this February. I'm still missing. It was amazing phone. Yes there were some problems, but It beats most of the competitors

I miss this era. I was a teenager, everything was so exciting. New innovations every year, all phones had different designs, there were fanboys wars everyday. No the industry is dominated by apple, Samsung and the Chinese. Every phone has the same...