When Apple unveiled the iPhone 7 series in September of 2016 it proved to be a highly influential launch. There are two phones in the family, but we’ll focus mostly on the iPhone 7 Plus because aside from being the larger phone, it is the first iPhone to feature a dual camera.

The main 12MP camera was improved with the use of a brighter lens, f/1.8 versus f/2.2 on the iPhone 6s models. Apple also doubled the number of LEDs in the flash to four, making it 50% brighter compared to the old models. A new sensor detected flickering lights and compensated for that in videos and photos. 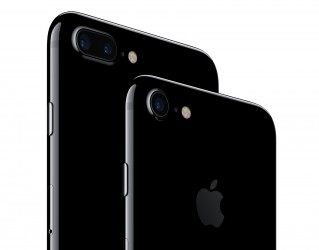 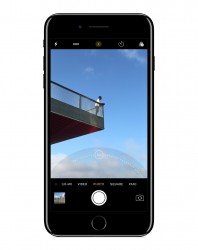 More interesting is the 12MP telephoto camera, available only on the Plus model. The lens offered 2x magnification, which could be extended to 10x with digital zoom. Unlike the main camera, however, there was no optical stabilization.

Anyway, the 58mm lens was perfect for portrait photography and while the 1/3” sensor was too small for natural bokeh, Apple's new Image Signal Processor (ISP) could use both cameras to calculate a depth map which was then used to blur the background. It didn’t work very well, but results were passable if you didn’t pixel peep.

The FaceTime cam got its resolution upped from 5MP to 7MP, which enabled 1080p video recording for the first time. With no flash of its own, the front camera could rely on the screen to provide some extra light. This “Retina flash” feature didn’t just make the screen white, but instead matched its color temperature to the surrounding light for better skin tones. 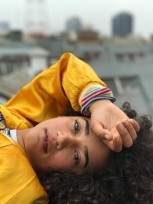 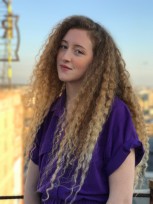 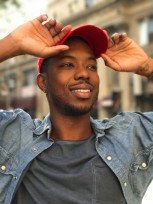 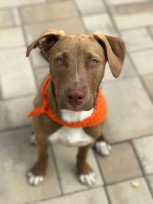 Official portrait shots that show off the digital bokeh

While the iPhone 7 Plus added an extra camera, it axed something that was present on all iPhones going back to the original – we are talking, of course, about the 3.5mm headphone jack.

Audio was handled by the Lightning port and Apple even included a Lightning to 3.5mm adapter so you could continue using traditional headphones. There was also a wired EarPods headset in the box.

Some saw this as a move to promote the new wireless AirPods, which were (coincidentally) announced at the same event as the iPhone 7. But even that aside, the Lightning port only works with MFi-certified accessories and since Apple is in charge of the standard, it charges a licensing fee – this means that even if you buy a non-Apple Lightning accessory, Cupertino still gets a cut.

You can condemn axing the 3.5mm jack if you want to, but it was a brilliant move – a move that most other smartphone makers would rush to imitate as they launched wireless headsets of their own. Not before mocking Apple, of course. 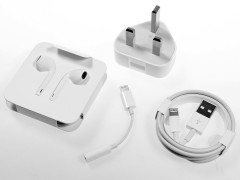 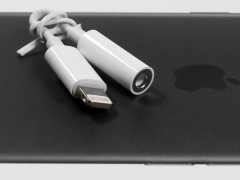 The 3.5 mm jack is gone, replaced by Bluetooth and Lightning

Anyway, the true death of the jack, at least as far as iPhones are concerned, came two years later in 2018 when the iPhone 6s and SE were discontinued, the last iPhones with a 3.5mm jack on board. On the same day Apple stopped including the 3.5mm adapter, even with older models that previously had it in their retail package.

Something very similar happened this week as the charger and wired EarPods were dropped from not only the iPhone 12 box, but from older iPhones too. This was presented as an environmentally-conscious move that reduces electronic waste.

Moving on, the iPhone 7 duo were the first water resistant models from the company. They had a modest IP67 rating, but the engineers worked at it and today the iPhones beat any non-rugged phone in waterproofing – they can be submerged to 6 meters depth while most competitors go down to only 2m.

Removing the 3.5mm jack helped things as suck openings are harder to waterproof. The 7-series also dropped the physical button in favor of a capacitive “button” that simulated clicks using the large Taptic Engine (its size was quoted as one of the reasons why the jack had to go). 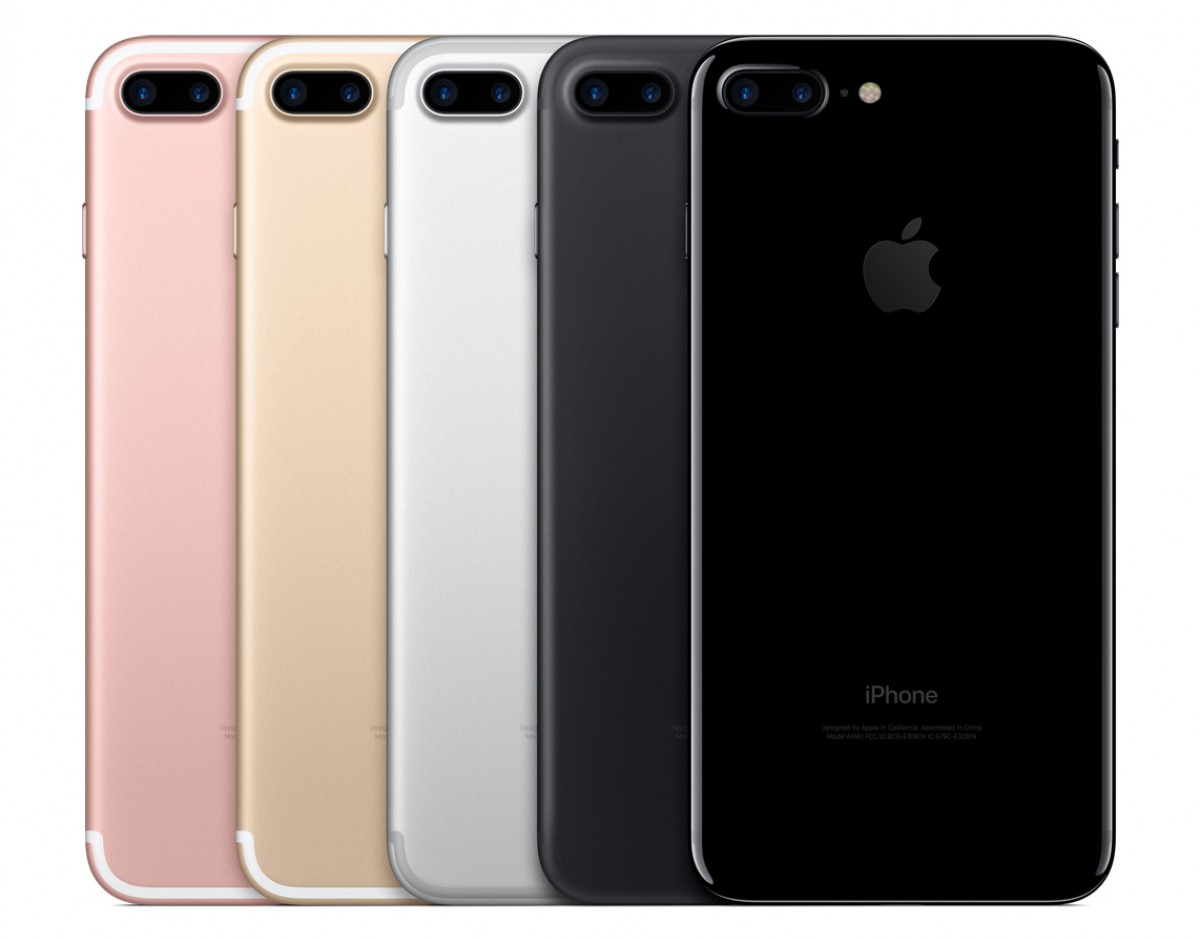 There’s more, the iPhone 7 and 7 Plus brought with them the Apple A10 Fusion chipset – the company’s first to use a heterogeneous CPU, that is it had two big and two little cores, Hurricane and Zephyr, respectively.

Apple announced plans to introduce MacBooks powered by its own silicon, a beefed-up version of the A14 chipset. The CPU on this one has two big and four little cores, an evolution on the A10 design. Since then the company started using in-house GPUs too, replacing the Imagination-designed PowerVR. The first generation all-Apple MacBooks should be out later this year.

As we mentioned at the start of the article the iPhone 7 duo was available in two sizes – 4.7” on the regular model and 5.5” for the Plus. Apple was quite reluctant to embrace phablets (at least initially) and that 5.5” display was small for its day.

And it’s quite small by today’s standards, the iPhone 12 mini has a 5.4” display. It has a taller aspect ratio, 19.5:9, but they are still quite comparable, the surface area of the 7 Plus display is 83.4 cm², only about 15% more than the mini. Admittedly, it’s not just the aspect, the rounded corners and the wide notch make a direct comparison tricky.

Still, it goes to show that the perception of what is small has changed drastically over the last few years. The biggest iPhone today, the 12 Max Pro, is equipped with a 6.7” display. Apple loves large phones now. 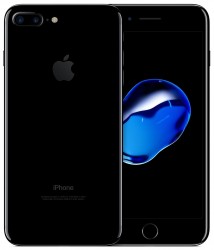 There’s more to say about the iPhone 7 Plus. For example, Apple doubled the base storage to 32GB and introduced a 256GB option. And it drew some criticism for sticking with 1080p screen resolution when Android makers have moved on to 1440p.

By the way the 7-series is still supported, having received the most recent version of iOS just recently (and they’ll get the next one in 2021).

But we think the better story is the impact that the iPhone 7 and 7 Pro had on the mobile industry. It led the way to a jack-less future while making multi-camera setups a must-have. Remember that even 2017’s Galaxy S8 didn’t have a dual cam option, Samsung would jump on the bandwagon with the Galaxy Note8, which came out a few months after the S8.

Not that Apple was the first to add a second camera on the back, nor was it first to make a phone water resistant. But unlike LG and Sony, Apple has innate ability to start trends in the mobile industry and the iPhone 7 is a great example of that.

Flashback: the headphone jack has been around for over 100 years, still has a place on phones

"Even a lot of customers are sheep too" i think most people just don't care enough, not necessarily dumb or "sheep" lol

said mkbhd... which is not exactly true... xperia 5 ii is not a successor of 1 ii, they cater different niche of already small niche... ha ha... never regret getting 1ii even after 5ii announcement... 1iii might be announced on 2021q1, that means...

Carl Pei confirms Nothing is in talks with US carriers, “Phone (2) isn’t launching anytime soon"