After a lengthy delay vivo is finally pushing its stable Funtouch OS 10 update alongside Android 10 to the Z1 Pro and Z1x in India. The firmware brings modernized UI elements, new wallpapers, added functionality to the Jovi assistant and 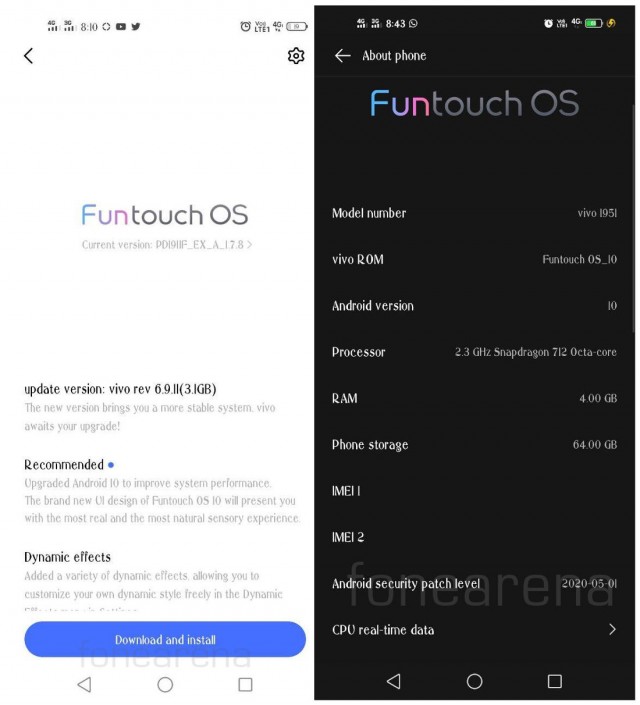 The update for the Z1 Pro bears the PD1911F_EX_A_1.7.8 build number and comes in at 3.1 GB in size. The Z1x update comes with the PD1921F_EX_A_1.11.4 and weighs in at 3.32GB. Both updates also bring the May security patch. According to vivo, both updates are currently in their “greyscale” phase meaning they will be seeded to only a few unit initially as a sort of a soak test before arriving to everyone.

FuntouchOS 10 rollout delayed due to Coronavirus

Vivo details some of the new features in FuntouchOS 10

The phone is working very slow many apps automatically closed while working however And Battery Drain Very Fast so guys it's humble request to all z1 pro users do not update your cell phone I am very disappointed with this update ..