Samsung likes to try new things with the J-series, like the Galaxy J3 (2016) with S Bike mode. The still-unofficial Samsung Galaxy J2 (2016) will have a Smart Glow feature, which redesigns the notification LED. 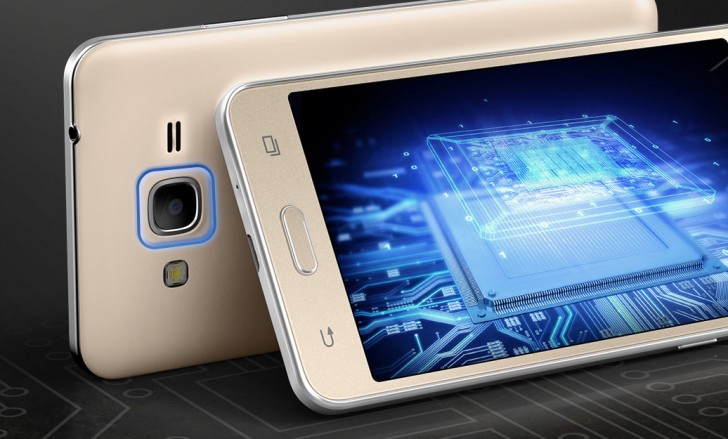 A leaked manual shows Smart Glow is a ring around the camera on the back of the J2. The ring can light up in different colors, which are user configurable - a different color for different apps.

You can also set Usage alerts. They track battery, data and storage and can change the color of the Smart Glow ring after these pass a user-defined limit.

The ring will also be used for selfies with the camera on the back. Face recognition software will turn the ring Blue when you manage to aim the camera at your face and will automatically snap a photo after 2-seconds. 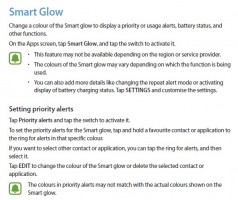 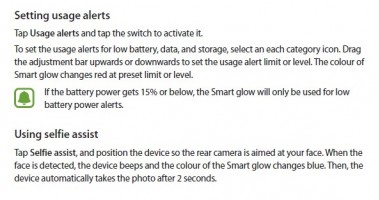 The leaked manual describes the features of Smart GLow

We've seen similar features before. Nokia phones had a thing like that (back when selfie cams were rare), but that was voice-guided. Also, the LG G2 had a second notification light around its button arrangement on the back (that one was white LED, no colors, though). There was the glowing edge of the Galaxy S6 edge, of course, but that was screen-based.

Wnt the flash of notifications

This man knows how it is and the misses that will not wait lol got to be quick on the reply. But if they add this with the front led too then i can see no problem in a little glow ring on the back, I think that it would bo cool to have another way ...