In the last 60 days, Samsung has launched three phones in India that cost under INR 10,000. The last of which is the new Galaxy M01 Core, an Android 10 Go edition phone and the cheapest Samsung in the country – it starts at INR 5,500. However, it’s quite a bit different from the Galaxy M01 and even M01s.

For starters, it’s smaller – the Core has a 5.3” screen compared to 5.7” on the vanilla M01 and 6.2” on the M01s. The screen has 720p+ resolution, which is alright in this case as it works out to 277 ppi pixel density. Also, previous Core models had sub-HD screens, so again, not bad for the cheapest phone of the family. 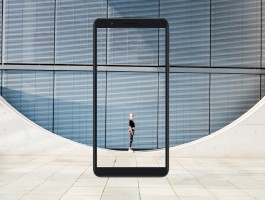 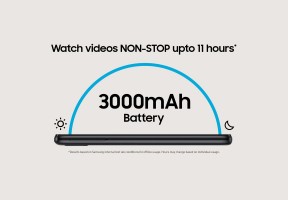 The other major difference from the M01 and M01s is the chipset – a MediaTek MT6739 with a quad-core Cortex-A53 CPU and Mali-T760 MP2 GPU. That’s not a lot of power, even compared to its siblings, which at least got octa-core processors.

Even more limiting is the single gig of RAM, which is paired with 16 GB storage. Even Android Go Edition works better with more memory, so there’s a second version of the phone with 2 GB RAM and 32 GB storage. Both versions triple card slots housing two nanoSIMs and a microSD.

The smaller size also means there’s less room for the battery, but it isn’t small – 3,000 mAh sounds quite decent for the size (both of its siblings have 4,000 mAh batteries). However, Maximum Power Saving Mode can stretch the remaining battery life by running only critical apps.

Also, there’s no teardrop notch, instead the phone has classic bezels. The selfie camera has a 5 MP sensor while the cam on the back shoots 8 MP photos and 1080p videos. The Intelligent Photos feature detects similar shots and suggests which one is the best to keep while removing the rest to free up space. 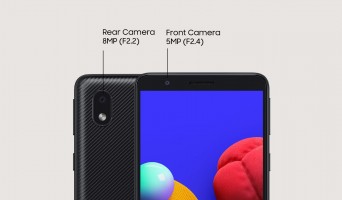 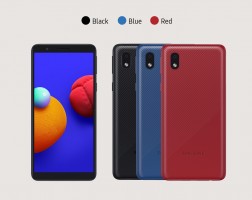 This is an LTE phone, it also supports 2.4 GHz Wi-Fi b/g/n and Bluetooth 5.0. GPS and GLONASS are supported for positioning, NFC is not available. Wired connections are available through the microUSB port and the 3.5 mm headphone jack.

There's a 2GB Ram variant which may be with no hiccups.

I like it design is nice, lovely textured back panel, the second version with 2gb will run Android go a dream, the 1gb will be slow but bareable for people on a tight budget etc.

No, android go will be forced on any phone with 1GB RAM or less, so don't lie. People who will buy this phone will not care about the speed, they will use it for basic stuff.