The update to Samsung's One UI 2.0, based on Android 10, has already started rolling out to Galaxy Note10 and Note10+ units in Europe a few days ago, and now it's finally time for the same thing to happen across the pond.

The update is reaching units sold in the US, with Verizon seemingly being the first carrier to flip the distribution switch. Multiple reports are coming in from users of both the Note10 and the Note10+ on Verizon that the over-the-air rollout is ongoing. 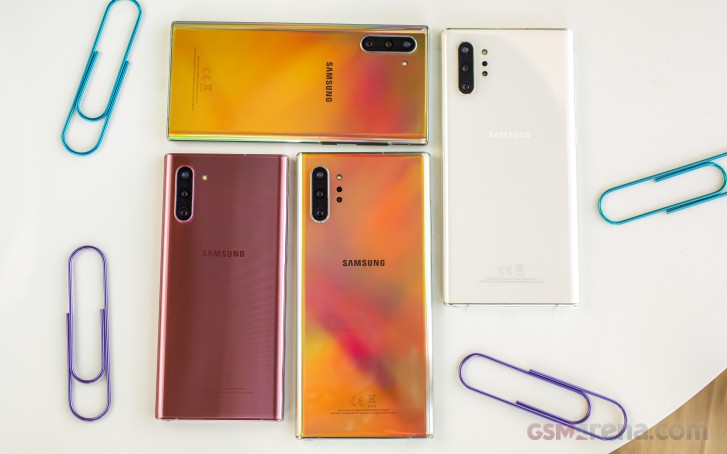 If you are in the US and bought your Note10 or Note10+ at Verizon, it doesn't hurt to manually check for the update through Settings, if you haven't already received the notification. As part of the update, you will get Live Transcribe and system-wide Smart Reply, alongside all the other goodies that Google has packed into the new version of the OS, and everything that Samsung improved in the latest iteration of One UI.

We're expecting this rollout to take at least a few days, and hopefully the other carriers will join the update train very soon. As for unlocked models purchased in the US, that's traditionally been a sad situation when it comes to the timeliness of such updates, but maybe things will change this time around. Don't hold your breath though.

Renders of the Galaxy Note10 Lite reveal a flat display

I have an at&t Note 10+ and I got the update last night. I'm not sure what everyone's problem is with this update. It works perfect for me. I haven't had a single bug and I've been playing with it all night and morning.

At&t has also released the update. I have a Note 10 plus and I pulled the update last night.