Galaxy S7 and S7 edge prices confirmed, to hit the shelves on March 11

Samsung is going to unveil the Galaxy S7 series in just a day in Barcelona, but the leaks have been giving us tiny bits of information over the past few months. We pretty much know almost everything there is to know about the new flagships, but we finally get conformation of the pricing.

We had reports the Galaxy S7 and S7 edge will go on pre-order on February 22, while the actual launch will happen on March 11 in many markets.

We even heard the phones will retail at €699 for the S7 and €799 for the S7 edge, plus there is a chance the first to pre-order those to receive a free Gear VR headset.

Now we can confirm all of those rumors. Leaked promotional materials plus tips that we personally received from employees at phone retailers across Europe reveal the exact prices of the Galaxy S7 and S7 edge - €699 and €799. We also know for sure that all who pre-order the devices not only will get them three days sooner and will get a free GearVR. 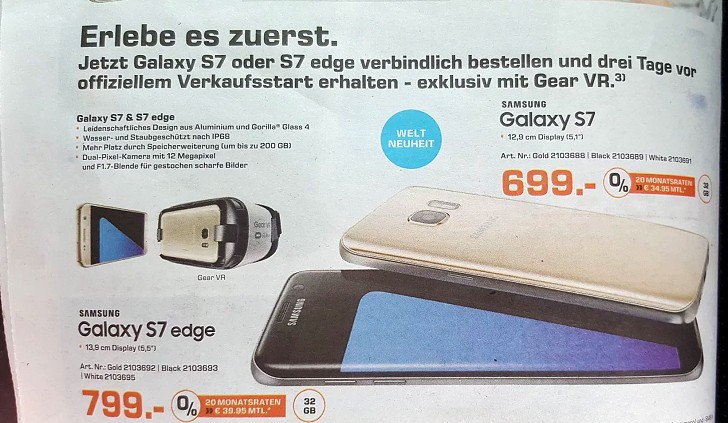 Indeed, many official retailers will be throwing a free Gear VR headset for the first batch of pre-orders. The confirmed markets so far are the UK, Belgium, Germany, and the Netherlands.

The S7 flagships will go on pre-order this Monday - February 22 - and they both will ship on March 8. The actual in-store availability will begin three days later on March 11. 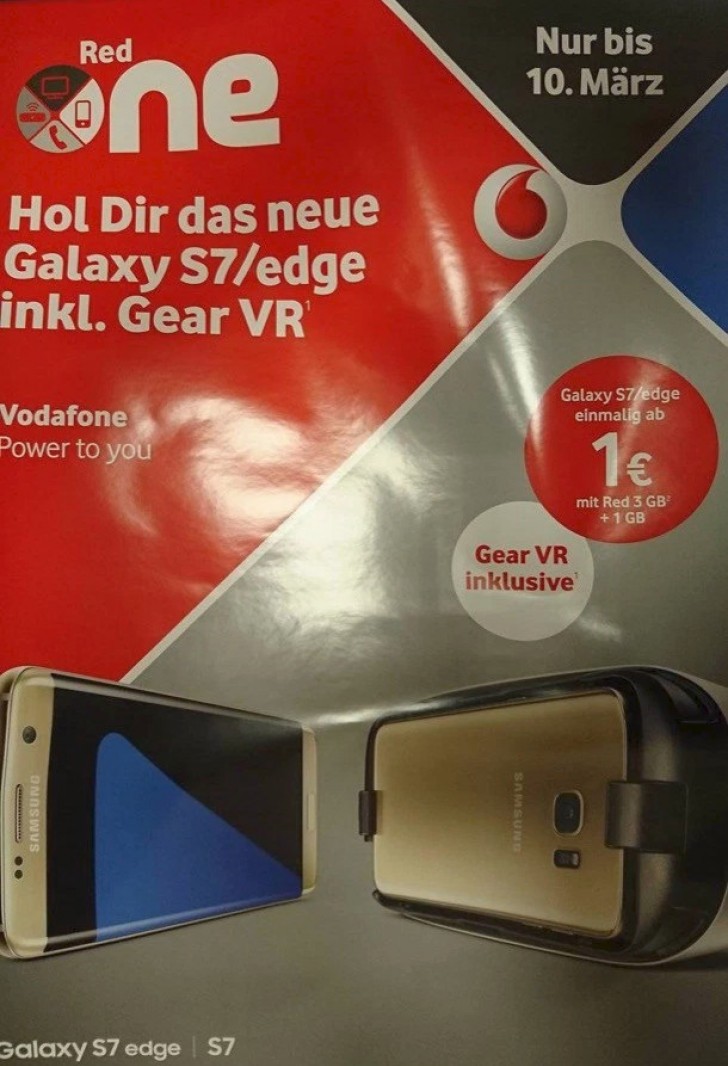 We already had lots of confirmation on the specs of the devices, thanks to various tips and leaked materials. The Galaxy S7 will come with a 5.1” Super AMOLED Quad HD display and will run on either Snapdragon 820 or the new Exynos chip, both version featuring 4GB of RAM.

The main camera utilizes a new 12.1MP sensor, and the microSD slot is expected to make a return. Also returning will be the IP68 dust and water resistance.

The S7 and S7 edge are going official tomorrow, so we’ll know everything in a few hours. Stay tuned!

A big thank you to Max, Ciprian, and our other anonymous tipsterss!

Samsung: future foldables will be thinner and lighter

Is there an actual track record that prices drop a month after launch? I'm willing to wait if that's the case, and the drop is more than $50. Can anyone help with this? Thanks.