With the dust still settling from one of the most exciting smartphone battles the industry has seen, and clouds of stardust swirling around a complete review, it's time to step back and take a sober look at two great phones. Two glorious chapters in Android history, two milestones on Samsung's rise to the top.

Keeping a cool head about gadgets like these two isn't the easiest of things but one has to be calm and rational in matters of upgrade and, ultimately, money. To get the obvious out of the way, the Samsung Galaxy S III boasts a massive HD screen and double the CPU cores of its predecessor. It's as simple as that - and more than enough for most people. What we're trying to do here is look closer at the differences between the two generations and find out what the upgrade costs and what it's worth. 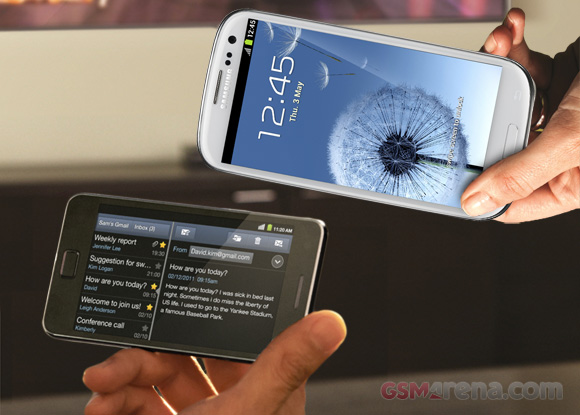 The Samsung Galaxy S III is clearly the better equipped phone - it bests the S II on practically every count - but that doesn't necessarily mean it's the right Galaxy S for you.

Here's a quick list we threw together to help you get an idea of what Samsung improved on with the S III, but also why an S II might still be a smart buy.

Why the Galaxy S III is better

Why the Galaxy S II is still good enough

Of all the reasons listed, price is perhaps the biggest ace up the Galaxy S II's sleeve. Yes, it's gotten old, but it remains a very solid device, albeit in an upper-midrange position. Then there's the vibrant developer community around the S II, which might give it Android 5.0 Jellybean, even if Samsung decide not to do that officially.

On the other hand, if you are after the crème de la crème in Android, the list is pretty short and the SGS III is on it. Samsung have treated the Galaxy S III as a droid royalty and the smartphone is getting plenty of cool accessories (wireless charging, AllShare Cast, the Pebble), fancy software (S Voice, etc.) and it's practically a lock for a Jellybean update.

To get the full picture, we'll need to look at hardware and software, performance and camera. The next page kicks things off with a look at the hardware and the screen.