You must have spotted the “e” in the name, it comes just days before the Galaxy S10e is unveiled. This isn’t a flagship device like the Tab S4 10.5 from last year, though you could probably tell that from the price.

Still, it’s hard to beat the Tab S5e in terms of portability. Its metal body is razor-thin at just 5.5mm (vs. 7.1mm for the S4) and it weighs 400g. There’s an optional Book cover keyboard that you can use with DeX mode for a laptop-like experience.

On the plus side, there are four AKG-tuned speakers (one in each corner) with Dolby Atmos and the 7,040mAh battery is good for over 14 hours of video watching. There’s fast charging over the USB-C port (note that there’s no 3.5mm jack, but you do get a USB-C to 3.5mm adapter in the box).

The Samsung Galaxy Tab S5e is powered by a Snapdragon 670 chipset, which isn’t flagship material but should still do decently. There are two memory options: 4/64GB and 6/128GB. The microSD slot can add up to 512GB more storage. Naturally, the tablet runs Android 9 Pie with One UI.

There are far-field microphones so you Bixby can hear you better. Also, the Tab S5e syncs up with your Galaxy smartphone, so you can answer calls and reply to texts straight from the tablet. 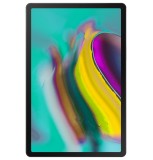 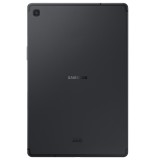 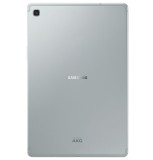 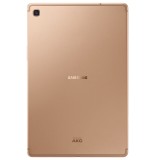 The chipset is an Exynos 7904, which is said to also power the upcoming Galaxy A30 phone. It’s paired with just 2GB of RAM and 32GB storage (storage is expandable, RAM isn’t).

This tablet also has pogo pins, so you can hook up a keyboard cover or use the charging dock. Otherwise, you charge the 6,150mAh battery over USB-C.

The Galaxy Tab A 10.1 (2019) will have an LTE version, though at €270 you might consider tethering instead. This tablet is less “work” more “play”, Samsung even highlights the Kids mode in the press release.

Have been using this tablet for a few weeks. For the price it is excellent. Screen, sound, build quality ate amazing. DEX is very usefull too for me. Software is up to date with recent updates and the latest security patch. Recomended 100%

Professional measurements by professionals does matter. Anandtech is a different kind of pro. That of the oldest profession to mankind. DisplayMate has ranked Super AMOLED highest every year since the Galaxy S2. Because they don't use "measurements" ...

Oh i see now. Facts don't matter to you, you only care about your own personal experience, the devices you have, and not where the technology is in general. Objective measurements don't matter because ... wait for it ... because you personally not ...