WatchMaker is an app that lets you modify the face of your Android Wear smartwatch. Until today, the application didn’t support other operating systems but the developers announced that this is about to change.

WatchMaker will broaden its reach to include Tizen, which powers the Samsung Gear S2 and Gear S3 in the next two weeks. The Kickstarter-funded Ticwatch2 will have also gain WatchMaker in February. 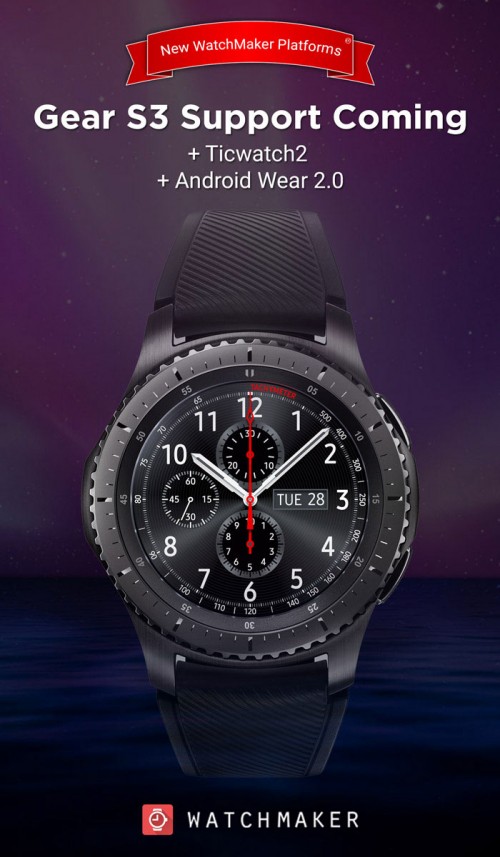 The current version of WatchMaker has two options - Free that gives you 6 watch faces plus the watch designer, and Premium for $3.99 with access to over 1000 watches from the G+ community.

Samsung Gear S3 lands in India, to go on sale next week

Spotify now available on the Samsung Gear S3 and S2

I love the S3 Frontier. So many different style options!

Different strokes I guess. To me no smartwatch has 'fashion' nailed yet. Until they look like a piece of jewellery I wouldn't wear one. Not to mention battery life...

Not sure how popular is this gear s3 watch but I haven't seen it in any store in Canada (Vancouver). Looks like new version soon will be available and maybe then Samsung will send some examples to our side. Good work Samsung...