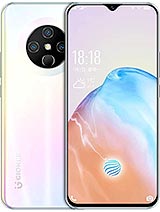 Yikes, looks like the Shanzhai phone makers have gotten ahold of the Gionee brand.

alexandero11, 10 Dec 2020What I cannot comprehend is the mindset of engineers who th... moreyou have to be a clown to think that the 720p resolution screen is a deal breaker over the fact that the phone ships with a 4 YEAR OLD VERSION of Android

What I cannot comprehend is the mindset of engineers who think that a 720p screen is okay on a phone this big. Do they think we all have horrible vision? Even Nougat is less of a dealbreaker. It's actually condescending. Why are all the big phones that need the resolution so badly so low res?

They restarted from where they left I mean Android 7

What a terrible gimmick🤐, they need to stop

To quote Someone123, "They haven't updated their malware to run on Android 11, hence they still need to ship 7.1"

Android 7 and this is 2020, Android 11 was already released to some phone. Not worth your hard-earned cash.

This phone is absolutely terrible. Android 7.1? In 2020? What are we, in like 2017? I don't think we are. Not only that, it shows a fingerprint scanner in the middle of the screen, which is just false advertising. (Now, obviously, Gionee didn't say anything about a fingerprint scanner in the screen, but the image clearly shows that there is a "Fingerprint Scanner" in the screen, though it is on the back, but still). I guess some things that are good about this phone is maybe the RAM, and possibly the battery? The screen seems OK, but eh.

Look at those bezels, even my mi 9 have bigger bezels and it is a flagship

I really don't get this. Android 7 was in unofficial documents, and the official selling links says no word for Android 7.1

I don't believe this phone will use lower than A9

If this phone really ships with Android 7.1.1 out of the box, this is definitely what I would call a proper DOA. That DOA tag definitely shouldn't be applied to Nokia and Sony when you have this kind of heresy.