Gionee unveiled the narrowest 5.5" metal phone yet - just 74.9mm wide. Meet the Gionee S8. The company called out the iPhone 6s Plus, Huawei's Mates, the Oppo R7s as examples of wider phones. The "metal" qualifier is important as the LG G3 (also 5.5" screen) is narrower. So, the S8 is the narrowest of all the metal phones with 5.5" screens. Somehow that sounded more impressive in their presentation. And there are phones that will dispute this title.

The Gionee S8 features a "loop" full-metal design. "Loop" here means that the antenna runs around the side of the phone. Unlike the LG G5, the S8 has traditional antenna lines, but they are painted to perfectly match the rest of the body. 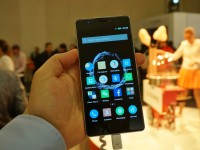 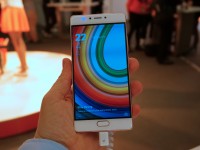 The AMOLED screen has 1080p resolution and is covered with 2.5D glass. It has 3D touch too, recognizing three levels - Touch (selects), Tap (previews) and Press (opens). 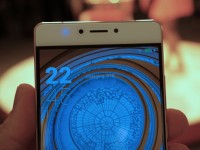 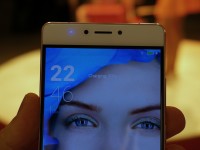 The camera comes fully loaded. It's a 16MP shooter that's geared towards low-light shooting. It has a bright f/1.8 aperture and a RWB sensor - that means the usual green pixels have been replaced with more sensitive white ones. Gionee promises a 40% boost in sensitivity and an 80% reduction in noise. There's also Laser focus and Phase Detection AF. 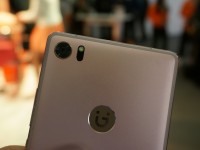 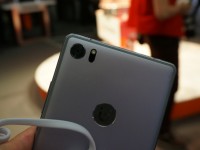 The phone will run Android 6.0 Marshmallow at launch and has a fingerprint reader on its Home key. Initially, the custom Amigo 3.2 skin will be used (Gionee's own take on Android), but the 4.0 update will come out in June.

The company has brokered an interesting, unique feature with WhatsApp (the popular chat app). The S8 can log into two WhatsApp accounts, so you can keep personal and work communications separate.

Also in terms of communications, the S8 is a dual-SIM phone with LTE and VoLTE. 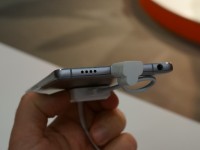 i think this will be launched as the Allview X3 Soul Pro in Europe.

This will be interesting if launched by BLU in the US