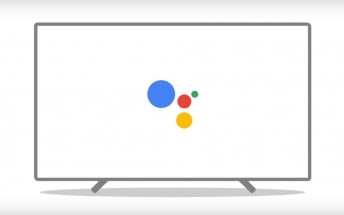 The Google Assistant has reached another platform today, following Android, iOS, and the Google Home device. Starting now, it's also available on Android TV - first on the Nvidia Shield TV console. In the coming months, it will be rolled out to Sony Bravia TVs running Android TV too.

Google Assistant on Android TV can be told to play a wide variety of content - movies, TV shows, YouTube clips, and music. It supports HBO Now and Netflix for the first two. You can ask for something by name or even use vague terms such as "movies about climbing Mount Everest". For music, Assistant supports YouTube Music, Google Play Music, Spotify, and Pandora.

Additionally, it lets you quickly catch up with news, but it knows your calendar appointments too so you can ask it about that if you want a refresher. Apps for Google Assistant work on Android TV as well, and with Google Express you're able to shop and reorder stuff from Walgreens, Walmart, and other stores.

Of course smart home devices can be controlled by the Google Assistant, even through Android TV. If you have a Shield console, you can get a free three month YouTube Red trial, to enjoy ad-free videos and uninterrupted music. The software update that brings Google Assistant to the Shield TV has started going out today.

Just more gimmicks, every bloody device can tell you some unnecessary B.S. no people, you no need those nonsense

it is available for every android devices :) Just checked on my note 3 with lollipop 5.0 ;)

The more distribution/ availability the better. So basically, definitely well done to Google.