Google Duo continues to expand its list of features with the latest addition of “Notes” to Android’s built-in Video messaging platform.

Google Duo allows for voice calls, video calls, as well as the sending of recorded messages of either voice or video. Google realized that it may not always be the right time to hear messages, so it is launching a new feature called “Notes”.

Under the recording menu, a new tab appears along the bottom called “Notes” and you type out messages in a Stories-like canvas, which you can then doodle or draw on before sending to your recipient. Just like voice and video, Notes expire after 24 hours. 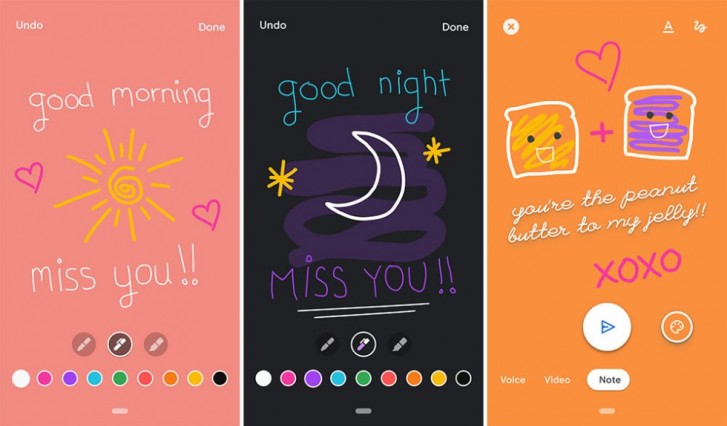 Google is actively working to expand the use and accessibility of Duo. Not long ago, it let users call friends on Duo with only an email address (no phone number required). It supports end-to-end encryption of messages on both iOS and Android and supports a web-based desktop interface.

Google has 3 new apps that could help reduce phone addiction

Isn't it Google/ android that keeps blocking our option of recording our private/ business phone conversations?