Google has 3 new apps that could help reduce phone addiction

After warding-off its fair share of ridicule and snarky comments, Google's Digital Wellbeing is still very-much alive and doing perfectly well. It even now occupies, what seems to be, a permanent spot within AOSP and has been steadily trickling down to various other Android flavors. Clearly, it is going something right, seeing how Google has never been known to stick with services and features that don't fit its current vision and have dropped out of favor.

In fact, Google appears to be playing with even more tech concepts, related to the modern issue of excessive phone use. A trio of such apps have recently popped-up on the Play store. One, courtesy of the Special Projects - Experiments division and the other two published by Google Creative Lab. The former is definitely the most "out there" of the bunch.

Envelope stands out as a pretty apt title, once you actually understand what Google was going for. The idea is to transform your Pixel 3a and potentially other devices in the future, into a basic featurephone, through a little arts and crafts.

In order to get the proper experience, you need to print out a specific envelope container for your phone, which covers it almost entirely, except for the fingerprint reader and main camera. Once enclosed in paper, the Pixel 3a retains a basic set of functionality, including calls, a clock and the ability to take photos and videos. All of this is made possible with a display covered in paper and clever use of light spots on the panel underneath. In more ways than one, Envelope is also a very artsy and conceptual experience. If nothing else, we kind of find the lack of a viewfinder and the fact that you can't look at the photos and videos you have taken without ending the Envelope experience kind of endearing and nostalgic. Be it in a slightly annoying way. 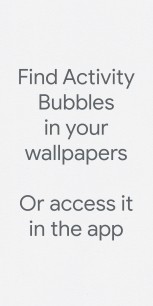 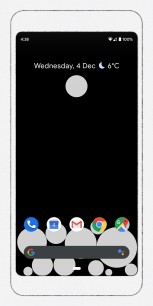 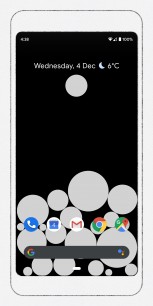 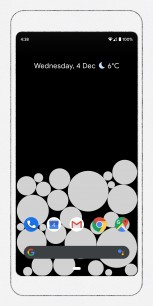 Activity Bubbles and Screen Stopwatch are the other two apps in the set. Both are basically live wallpapers that are meant to track your screen-on time during the day. The latter simply puts a large counter on the display, which is active as long as your display is on. The other tracks the very same metric, but each time you unlock your phone, a new bubble is created on screen. It then continues to grow until you lock the phone again. At the end of the day, each bubble in the abstract wallpaper pattern represents one of you active phone sessions. Pretty cool. 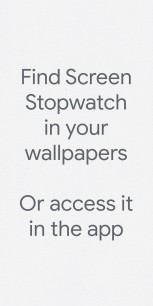 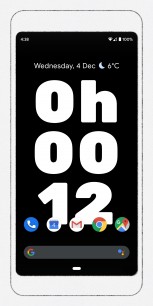 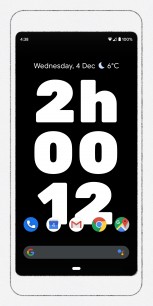 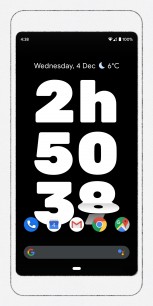 All three apps are free on the Google Play Store. Envelope is only available for the Google Pixel 3a. Although, you can probably get it to work elsewhere, potentially even without crafting an actual paper envelope. Activity Bubbles and Screen Stopwatch are available for a broader selection of devices, if you want to check those out.

Or just don't seal the envelope.

Cool? NO. Battery killer? YES! Go figure. Presence of the timer or increasing bubbles on the homescreen is actually annoying.