Mother’s Day is this Sunday in the United States, and to celebrate the holiday, Google has brought new features to Assistant.

In a press release, the Mountain View company revealed Broadcast is expanding to users in a newly created “Google Family Group”, including their smartphones, and Family Bell is getting more languages.

Other new features include more stories, games, and some easter eggs.

Starting today, Broadcast will be able to reach you on your Android and iOS devices, not only Google Home devices in separate rooms. One user will be able to say “Hey Google, tell my family how about lunch at noon”, and the family will be able to receive a notification and reply by voice.

Family Bell is similar to setting alarms, but for chores at home. While users can set a bell for the kids to tidy up or get back to homework, they are able to do it only in English. Over the coming weeks, the feature will be expanded to eight new languages - Dutch, French, German, Hindi, Italian, Japanese, Korean, Portuguese, and Spanish. 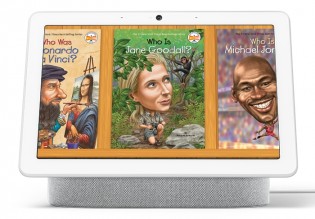 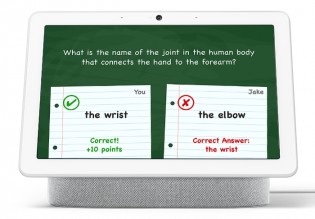 Stories and games on Google Home

Users with Google Home devices that have a screen can play new games, including “Are You Smarter than a 5th Grader?” There are also new songs for Google to sing, including the handwashing song or the brush your teeth song - simple tunes, helping kids to do basic stuff around the house.

Or this https://edpb.europa.eu/news/national-news/2020/swedish-data-protection-authority-imposes-administrative-fine-google_en Perhaps you should simply form your own opinion based on facts rather than believe what Google themselves and the...

Really? Suggest you read this then https://www.irishtimes.com/business/technology/google-hit-with-50m-fine-for-data-privacy-breach-1.3765575 Ever so virtuous Google. Beyond reproach of course.