Google announced new features for its Assistant and Home services last month at its keynote in Mountain View. This is a result of an improved voice recognition software by Google that nears human-level accuracy. According to Mary Meeker, an analyst from KPCB, Google’s engine reached 95% accurate recognition, which is a level identical to humans. 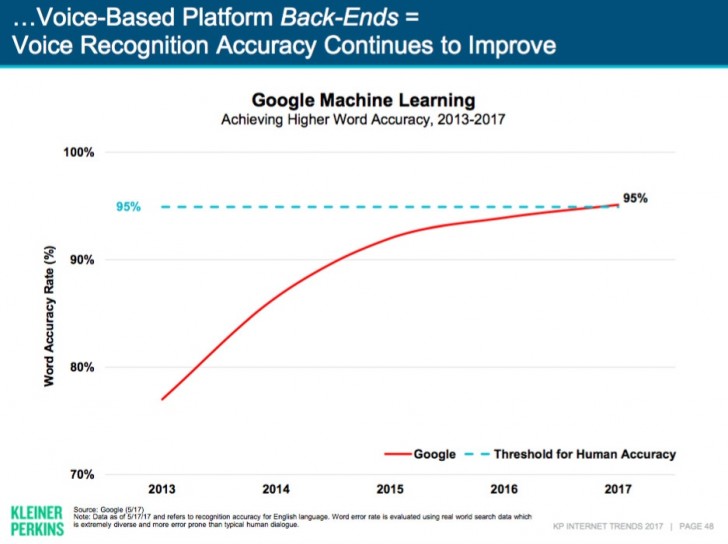 The recognition rate jumped 20% in four years and will continue to go up since Google now has voice recognition even in Google Translate and the company will keep collecting and analyzing voice data. The analyst also shared statistics that voice is beginning to replace typing in online queries, with 20% of entries made via voice last year.

Meeker said that even if the internet growth is slowing globally, in India the users of the worldwide web grew more than 28% in 2016. There is room for even bigger improvement since less than a third of Indian people have access to the internet, or about 27%.

Finally! Something that can help me understand my girlfriend. Sometimes I just don't understand what she's talking about :D :P