Google Lens became available for the Pixels last year, and it's now following in the footsteps of the Google Assistant - namely, a period of exclusivity for the company's own smartphones is followed by a much wider release.

Google has announced that, in the coming weeks, Lens will be available to all English-language users of Google Photos who have the latest version of the app on Android and iOS. 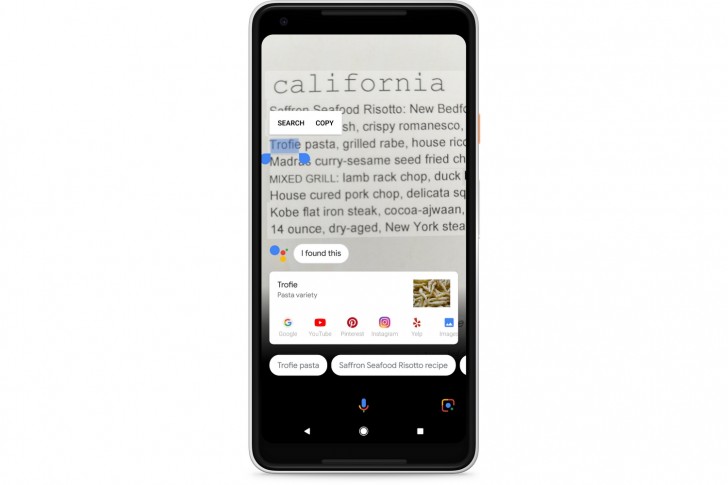 But wait, there's more! If you happen to own a compatible flagship device, you will also get the camera-based Lens experience within Google Assistant. Unfortunately Google hasn't named what flagships it's referring to here, but clearly Lens is now starting to expand past Pixels.

With Google Lens your phone understands what you're looking at - be that the contents of a photo or the live viewfinder feed if you use it through Assistant. It's still in preview, but since launch it's received text selection features and the ability to create contacts and events from a photo with one tap. Soon Lens will have improved support for recognizing common animals and plants, like different dog breeds and flowers.

I wish google assistant still had now on tap copy text... Why would they remove such useful feature to copy text anywhere in apps? And i would really like to bring it back