Google wants to know how crowded your train to work is

Google Maps have been offering traffic reports for quite some time to help you with the morning rush hour when you’re heading to work. Now, according to Android Police, the app wants to get in the tube as well, and has been popping notifications, asking how crowded is your train. This is the first time it reportedly appeared on Android, while iOS users have been seeing the notification for “several months”. 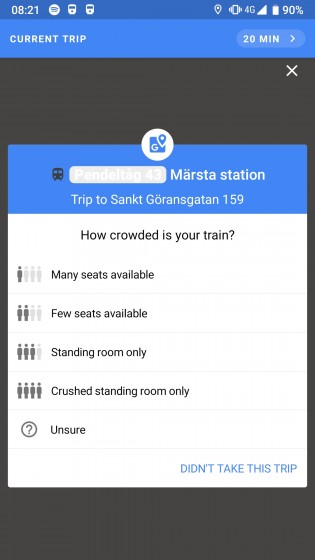 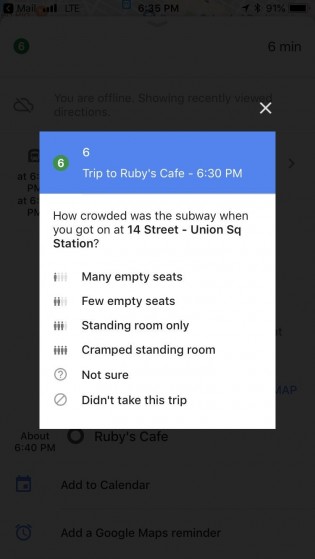 Screenshots from Android and iOS

According to the source, Google wants to know if your train has “many seats available”, “few seats available”, if there is standing room only or if the train is practically a can of sardines. Reports have been coming from Sweden for Android, but iOS users from the Bay Area, New York City, Washington, Tokyo, and Paris have tweeted about the same feature.

While Google is gathering data from Android devices and other services on the road, underground, where coverage is limited, it is relying on crowdsourcing the information. Of course, this feature would work only with users who have enabled Location Accuracy at all times and the public transport API is integrated with Google Maps.

I "love" how people are so secretive about these kind of stuff. Yes, they could use your gps data, but yes, maybe they can't check your behavior (yes, some people will never sit down on bus etc). This is some ways for your convenience, so you know ...

I wasn't in Ontario