Announced less than a year ago, Google’s Daydream platform is essentially the successor to Google’s Cardboard viewer. Daydream VR was meant to be baked into Android N and provided a new VR experience with the included motion controller.

At CES, a couple of smartphone makers announced a partnership with Google to bring Daydream compatibility to its devices. Huawei’s Mate 9 lineup, Asus’ Zenfone AR, and ZTE’s Axon 7 have all announced official compatibility with Google’s Daydream VR platform, as well as the Daydream View headset. 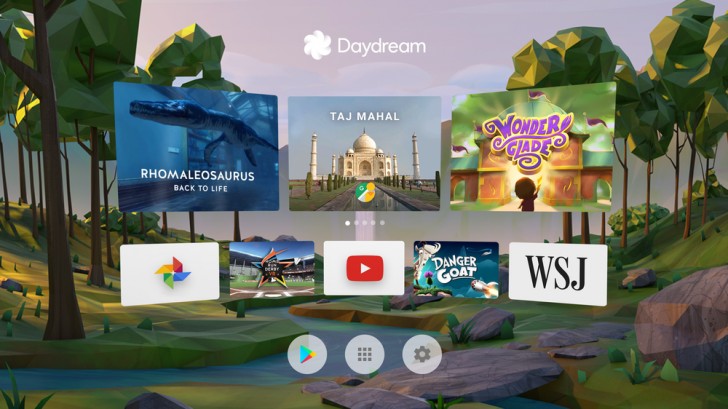 Today, Google has announced that it is opening the platform to all app developers, so they can create VR experiences to add to Daydream’s VR app collection. Though, develoepers will need to meet a strict list of criteria before their app will be discoverable by others through the Daydream VR app finder.

Designing apps for VR is substantially different than for other platforms, particularly because poorly designed applications or performance issues can make some users feel nauseated.

Developers must create a high-quality experience, as the tolerance for poorly-made apps is low in a situation like this. Also, all apps must “use the Daydream controller for user interaction.”

Check out Google’s site at the source link below to check out more about publishing VR apps for Daydream.

Google Daydream VR discounted to $50 for a month (US only)

This is by far the best mobile VR platform. Hands down. Daydream's 9-axis controller really puts it ahead of Samsung's Gear VR, especially since this controller brings a kind of spacial awareness to the Daydream platform.

The Moto Z and Z force are now Daydream VR compatible as well with the Android Nougat update.

Taj Mahal, first step and acknowledge that India is the number 1 user base.