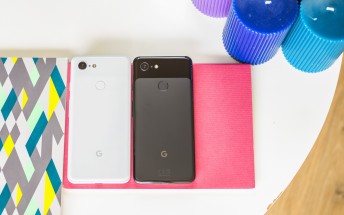 On June 5 Google made the Android Q Beta 4 available to eager testers, but things haven't been smooth sailing. As we reported, a lot of people found that they simply couldn't install the new version - no matter if it was manually downloaded and then flashed onto a device, or just came as an over-the-air update to Beta 3.

Google's heard of these reports, and is now investigating the installation issues people have been seeing. The company has announced that it's temporarily pausing the rollout of Android Q Beta 4 to all Pixel devices. For what it's worth, Google is also apologizing for the inconvenience and says it will get back to us once the issue is resolved.

So there's no clear timeline for when the OTA update for Beta 4 will resume, but let's hope it won't take Google more than a few days to come up with a fixed version. In the meantime, if you have managed to install this release, then you can just enjoy it as you normally would. If not - then you should play the waiting game. There's no point in trying to flash an image now, since you might get a failed install.

Not sure what you mean. It is beta. Not great it has issues, but it has always been presented like that

Comment section is too quiet! Had it been related to apple then u know the score :D