Google Phone and Contacts apps for Android 6.0 Marshmallow are now in the Play Store

Today Google has brought two more of its apps to the Play Store for Android. Contacts and Phone are part of Google's version of Android, the one it ships on the Nexus line for example. But up until now, in order to issue updates to these apps, the company had to make them part of a new Android software rollout.

That's no longer the case, now that both Contacts and Phone are to be found in the Play Store, with updates handled in this much more convenient way. And, as a matter of fact, the two apps' debut in the Play Store coincides with them receiving some new features. 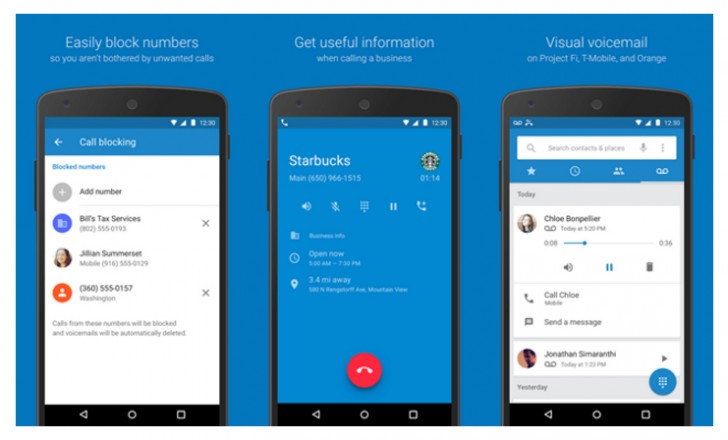 For example, Phone has added call blocking, as well as a slightly enhanced in-call UI. Also, the dialer will display the nickname instead of the name for any contact you have given a nickname to in Google Now. And if your carrier supports Google's visual voicemail iteration, you'll get a voicemail count from now on.

The Contacts app comes with "streamlined editing", which should make changing contact information easier than before.

The Phone and Contacts apps by Google only work with Android 6.0 Marshmallow. For now, devices that have them preinstalled can update them, but it's unclear whether you can install either of them on a non-Nexus handset.

i am using coolpad note 3 how to change masemallow and what is the advantage and disadvantages of change ..pls replay to my mail id : sweetrockbala@gmail.com .