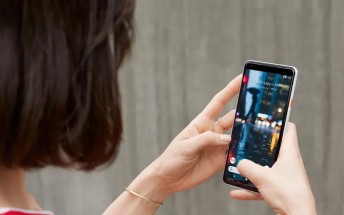 Several users of Google's new Pixel 2 and Pixel 2 XL phones are experiencing issues with Android Auto. Specifically, they say Android Auto crashes randomly while in use, and the only way to get it back up is to unplug and replug the handset into the car.

While some say they get these crashes while using Google Play Music and Google Maps, there are others who say the issue also occurs with services like Waze, Audible, and Pocket Casts. Car models range from Ford to VW to Kia to Honda to Volvo, and head units include Pioneer and Sony.

Both Pixel 2 and 2 XL users are experiencing the problem, with some of those affected explicitly stating that the original Pixels from last year are working perfectly fine with Android Auto. For its part, Google is currently asking users to capture and share bug reports.

No thanks, I am very happy with apple. I think u ahould find a good job other than taking pleasure in criticism. At some point you have to grow up.

I said burn screen issue and you can see where it starts and till now how many reports does it have. Burn screen was just on test devices made by reporters. You can search the web and increase your information before posting on any website. Your comm...

Oreo and iOS11 is the most buggy versions of the two OS.