The Google Pixel 2 and Pixel 2 XL were made official last week, and are on pre-order in a handful of countries. Australia is also among the first wave of markets that will get the new phones, and now we have some information related to their launch Down Under.

A leaked memo from Telstra, which is the exclusive Australian carrier partner for the new Pixels, as well as a screenshot from a JB HiFi group chat both confirm that the phones will go on sale in Australia starting October 31. 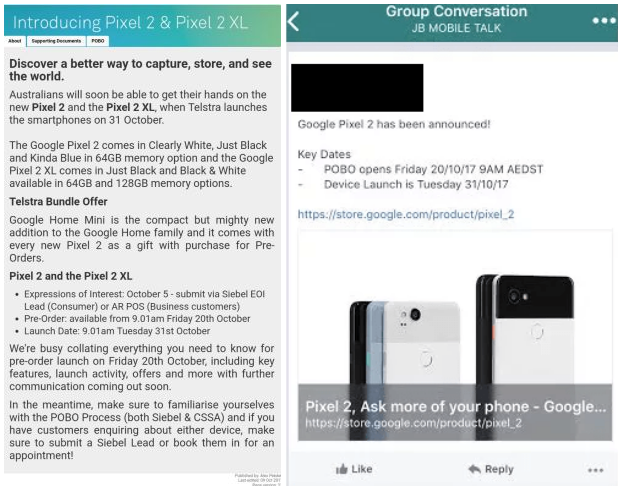 It's not exclusive to just Telstra, Google is doing the exact same Google Home Mini for free with a Pixel offer too.

Yeah. Not telstra. Nice but they are too strict on prices and unlocked ones