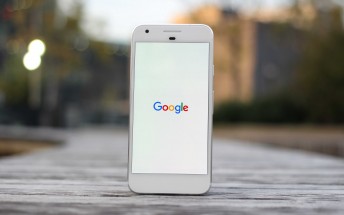 The original Google Pixel was announced on October 4, 2016, and the new iteration of the series will arrive a year and a day later on October 5. According to popular leakster Evan Blass the Pixel 2 will have Snapdragon 836.

If this rumor happens to be true, the phone might be the first device with the updated Qualcomm chipset.

Google is sticking to its strategy with a late announcement after all the other companies. By the beginning of October, Samsung will have started the Galaxy Note8 sales and Apple will already be shipping the anniversary iPhone.

Rumors about the new Pixel started surfacing right after the launch of the first edition of the phone. According to some of them, Google might make the flagship water-resistant, and a cheaper model with lower specs could also make an appearance.

Google to bring the Chromebook Pixel back

Android O is "touching down to Earth with the total solar eclipse" on August 21, Google reveals

Just get the XZ1 Compact, mate.

Are we gonna see a new pixel tablet anytime soon??

I just hope this thing is a sub 5 inch phone... omg. please!