Google is rolling out the June security patch for the Pixel 3 and the Pixel 3a series of devices.

All four devices, the Pixel 3, the Pixel 3 XL, the Pixel 3a, and the Pixel 3a XL are now being updated to the June 5 security patch. As usual, the update log on the phone doesn't really mention the extent of changes beyond just claiming to fix bugs and improve performance and stability. 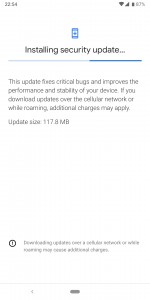 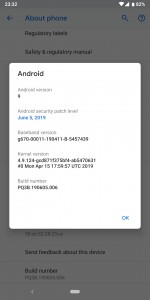 This is the first update ever on the Pixel 3a and the Pixel 3a XL, which were released a month ago. The phone shipped with March 5 security patch even though it shipped in May. It then skipped both April and May patches and directly jumped to June.

The more expensive Pixel 3, meanwhile, was already on the May 5 security patch so it didn't have to make as big a jump. Still, despite the date of the patch, the Pixel 3 got the update rather late in the month of May.

This may not seem that big a deal to some people but timely updates is one of the key selling points of purchasing an Android phone directly from Google. This is also not the first time that Google has skipped couple of months worth of updates (the exact same thing happened when the Pixel 3 launched last year). If we can't expect even Google to stay on top of the update situation, how can we expect it from the other Android OEMs?

Anyway, the updates are now out and you can head to the System update menu on your phone to force it to download the update if you haven't received a notification for it.

My Pixel also received it last night. Changelog would be nice. Though for OG Pixels it's just security patches by now, I guess.