It's happening all over again. Google's production and supply chain let a whole unit escape months ahead of announcement. The Google Pixel 3 Lite has just starred in a hands-on video - just like its more expensive siblings, the Pixel 3/3 XL did last year. 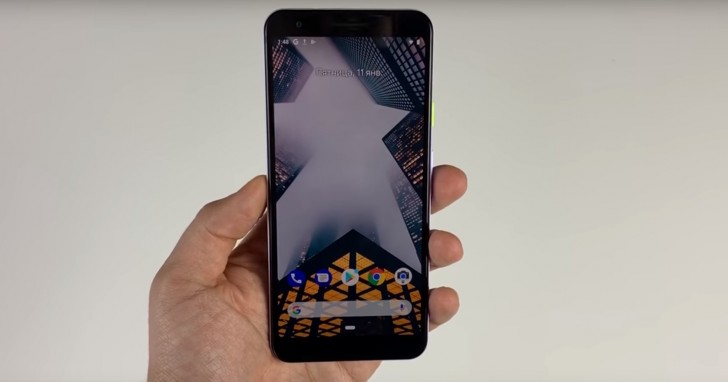 According to the video, the Pixel 3 Lite is coming this spring right after the Google I/O conference.

Anyway, the smartphone, codenamed Sargo, follows the same design language as its more expensive siblings but swaps out the metal and glass for plastic. Also, the SIM tray has been placed on the right side, and there are no stereo speakers but a single bottom-firing one instead. The phone has the mint-colored power button and a 3.5mm audio jack at the top.

Many of you are probably wondering about the camera. Although the autofocus-aiding sensor on the back is missing, the overall picture quality is on par with the best out there, including the Pixel 3 and 3 XL. There's no dual front camera, though - just a single unit will take care of your selfies.

There are a couple of sample shots in the video so you can see for yourselves.

In terms of hardware, the Pixel 3 Lite opts for the Snapdragon 670 chipset as earlier rumors suggested. It also comes with 4GB of RAM and 32GB of internal storage. The display is 5.56" big with 1080 x 2160 pixel resolution.

The main camera on the back has a 12MP sensor while the front one does 8MP stills. Battery capacity is 2,915 mAh.

No, its definitely nexus 4.

what about ip rating ?