After the Google Pixel 3 XL teardown from iFixit, here comes the Pixel 3 disassembly. The smaller brother appears to be built similarly to the XL, but there are some key differences such as the LG OLED screen. The repairability score is the same 4/10, suggesting you'll probably need to resort to a specialist if it comes to repairs. 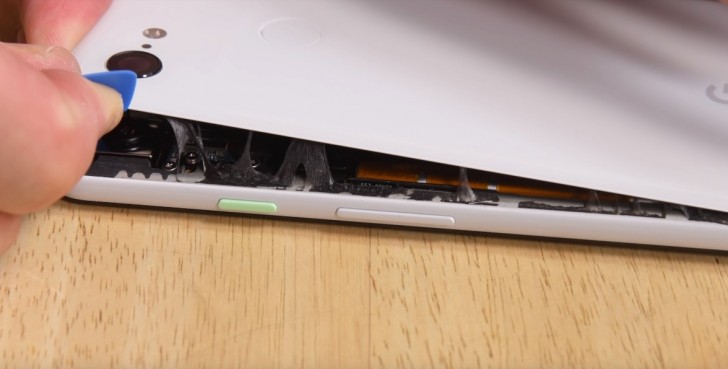 For now, there's only a video showing the disassembly steps and the components found inside so we will have to wait for the full article to come out. 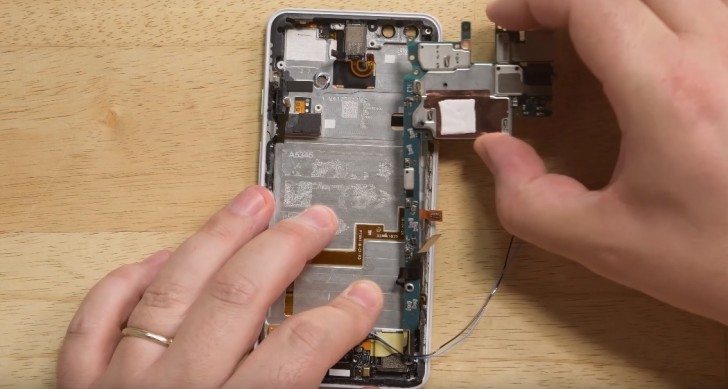 Once again, there's plenty of adhesive, which is still repair-friendly and you'd need only a T3 Torx screwdriver for the whole process. However, the display repairs are much more difficult compared to the previous generation and you will have to deal with gluing and un-gluing the panel. Also, the glass back makes the phone more prone to breaking if dropped. Those are the main reasons why iFixit gave the phone 4/10.

Teardown Update: After finding a Samsung-made OLED display in the larger #Pixel3XL, we dissected the display in our vanilla #Pixel3. Surprise—it's from LG Display! https://t.co/E832d27nsk pic.twitter.com/kbi341ryKc

Speaking of the display, unlike the Pixel 3 XL's Samsung display, the smaller Pixel adopts an LG-made OLED panel. Last year's Pixels were the other way around as the bigger Pixel had LG's P-OLED display while the smaller one relied on Samsung's AMOLED screens. We hope the LG display will be on par with the Pixel 3 XL's excellent Samsung OLED.

Video are showed in left side no center in youtube, and by going fullscreen whole universe will be hide behind that notch, lol

In videos it disappears