Google Pixel 4a may finally become available on May 22

The Pixel 4a has been leaking like crazy over many weeks, but so far Google has not made it official for whatever reason. In the meantime, Apple has introduced its mid-range contender for this year - the new iPhone SE - so now all eyes are on Google for the moment when it will decide to finally make its move.

According to a new rumor out of Germany, the Pixel 4a may go on sale in the country on May 22. The information reportedly is from Vodafone, one of the carriers over there. The Pixel 4a could be priced at €399 in the Eurozone, which would be slightly less than the iPhone SE. In the US it's widely expected that the two would start at the same $399 price. 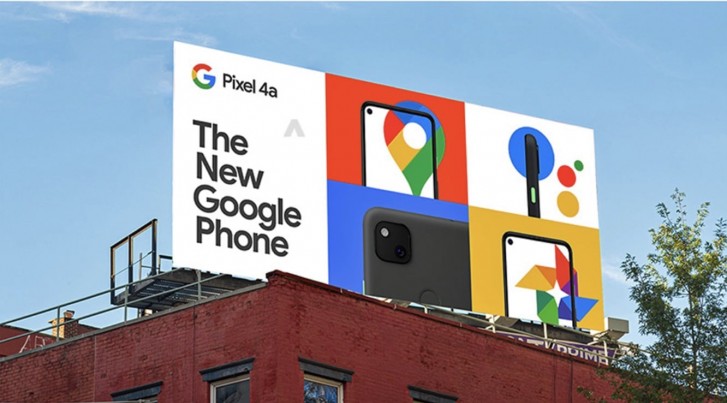 The May 22 release date is said to have been spotted in internal documents at Vodafone, but as always don't forget to take any rumors with a pinch of salt. Nevertheless, it's high time Google launched the Pixel 4a, given the barrage of leaks we've seen about it so far.

Previous rumors have mentioned the Pixel 4a sporting a 5.81-inch OLED screen with 1080x2340 resolution, a 3,080 mAh battery with 18W wired charging, a 12 MP rear cam with OIS, and an 8 MP selfie snapper (with 84-degree field-of-view) tucked inside the hole-punch in the display. At the helm will be Qualcomm's Snapdragon 730 SoC.

Pixel 4a cases show the phone's design from all angles

I don't dispute any of your assertions but I don't see why your iPhone to Pixel points are as a reply to my comment, which was 3a vs A71...

I think would everyone needs to understand. its about creating a half decent device. to get you into the eco-system on a budget. Not about creating a top tier device. something that's acceptable good at what it does. and shows the OS off in all its g...

I.M.O there both perfect mid range devices. they do what there intended. but if I was in the market for a £400 phone. probably be swayed towards iPhone SE(2020) as its waterproof. granted no night mode. but what is the point of an amazing camer...