We are certain about a couple of things regarding the upcoming Google Pixel 6 and 6 Pro - the design, the fact that they will use a custom Tensor SoC co-developed with Samsung and that the Korean tech giant will also be supplying the 50MP main camera.

However, we really didn't have much on what the Tensor chipset will be until now. A Geekbench listing has just popped up giving us some extra details about it.

The single and multi-threaded scores aren't impressive but keep in mind that this is probably just a pre-production unit so performance will be largely different upon release. 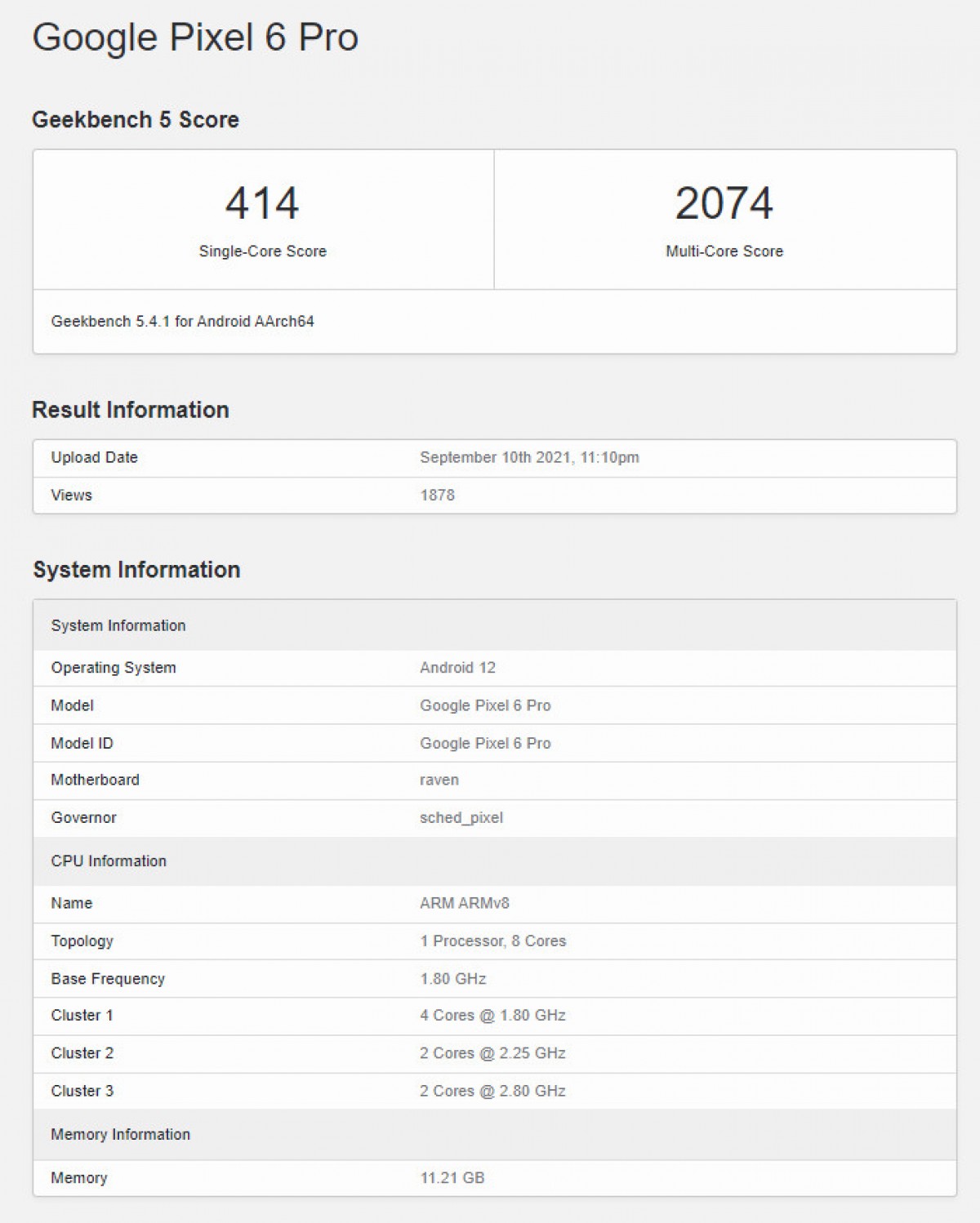 It's highly unlikely that two Cortex-X1 cores will fit on the same chip, so we are likely looking at two pairs of Cortex-A78 cores and four Cortex-A55 cores.

On the GPU front, we have the Mali-G78 GPU, which is the same one used in this year's Exynos 2100. And is no surprise given that previous rumors suggest Samsung will be supplying the mmWave 5G modem as well.

Last, but not least, we have 12GB of RAM on the tested unit, confirming Jon Prosser's report from a few months back.

Google's first Pixel 6 ad shows it in people's hands, giving us another look at the new design

The Google Pixel 6 phones to have in-display fingerprint readers

Except Apple.... Who cares, really? Now that the Xiaomi Note 11 is revealed to be a dud, the only exciting phones are from Google, Apple and Samsung.

Actually it is not a chip designed 100% by Google, but it is a chip based on an Exynos 9855 chip with some modifications, And I think we all know that SnapDragon chips are better than Exynos.

Tensor is Ai dedicated core, nothing is blowing away Snapdragon top chip