The Google Pixel 7 offers a 6.3-inch OLED panel with 1080 x 2400px resolution and can go up to 90Hz refresh rate. Unlike the Pro model, the vanilla 7 relies on a standard OLED screen, instead of the more advanced LTPO OLED. Either way, the Pixel 7 offers a small but still significant upgrade over its predecessor, mostly in terms of brightness.

On the other hand, almost all of the Pixel 6's competitors have moved over to 120Hz displays, and 90Hz for a flagship phone nowadays is barely cutting it. Admittedly, that's not a deal-breaking feature for some. 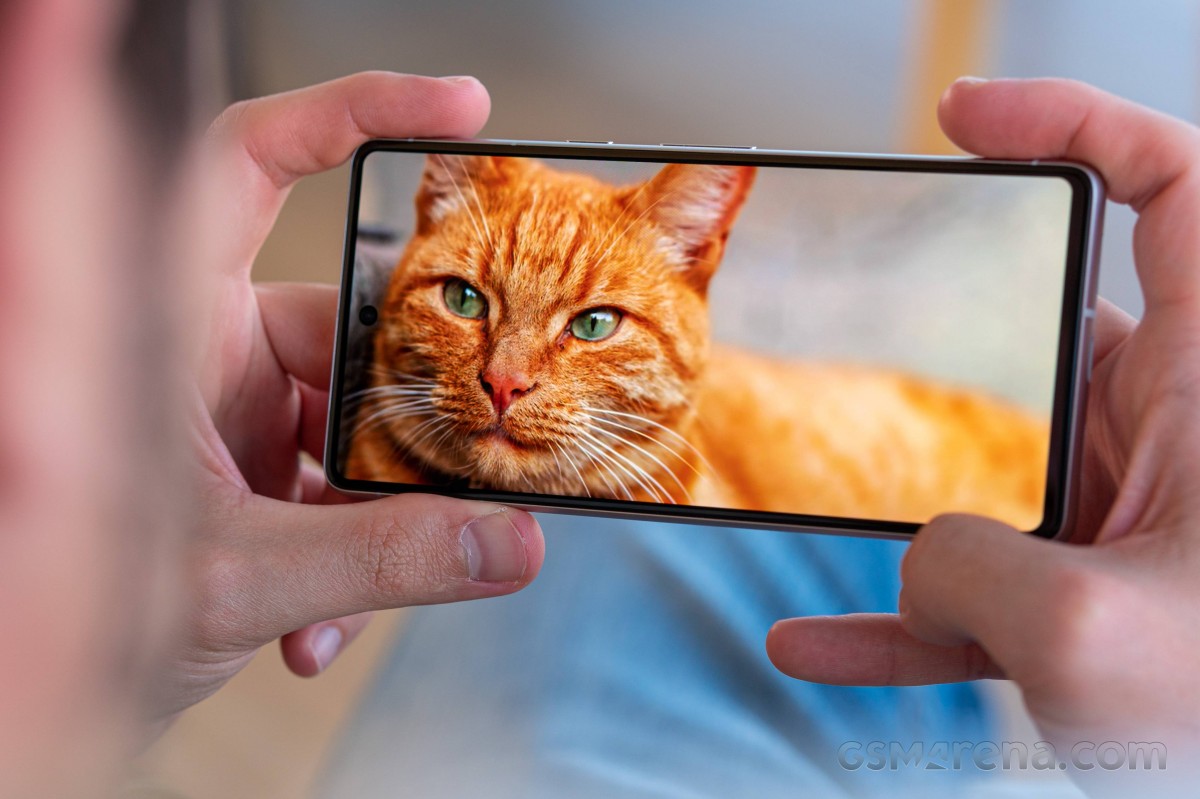 The display also complies with the HDR10+ standard, which works fine on YouTube, Netflix and Amazon Prime Video. Google claims that the panel can reach а peak brightness of 1,400 nits on a small screen area during HDR10+ video playback.

In our usual testing scenario, the screen got up to 460 nits in manual mode and peaked at 974 nits in auto mode. That's more than 100 nits increase over the last generation, and it's close to the advertised 1,000 nits. It's also enough to put the Pixel 7 right up there with the best, even punching slightly above its class.

Color accuracy is also great, even in the default color mode. The average dE2000 was just around 2.8, with whites and grays being actual whites and grays. There was no color tinge at all.

An additional Adaptive color mode adapts the color scheme to what's currently displayed on the screen. In that mode, we got even lower average dE2000 of just 1.3.

A toggle in the Display settings limits the refresh rate to 60Hz in case you want to preserve battery life. However, from our personal experience, the difference between 60 and 90Hz refresh rates in battery life should be negligible.

This is one of those rare instances in which the reduction of battery capacity (4,355 mAh vs. Pixel 6's 4,614 mAh) hasn't affected battery life negatively. In fact, it's quite the opposite. It may be down to the chipset, display, software or a combination of those, but the end result is a more efficient device than the Pixel 6.

The Pixel 7 bumps up the endurance score from 86 to 96 hours with exceptional video playback runtime and great web browsing runtime. The calls and standby tests are where the Pixel 6 is lacking.

That's somewhat expected, though, as smaller batteries tend to score lower in our standby test. And besides, most of us are on the phone at least a couple of times a day, so standby isn't all that important. 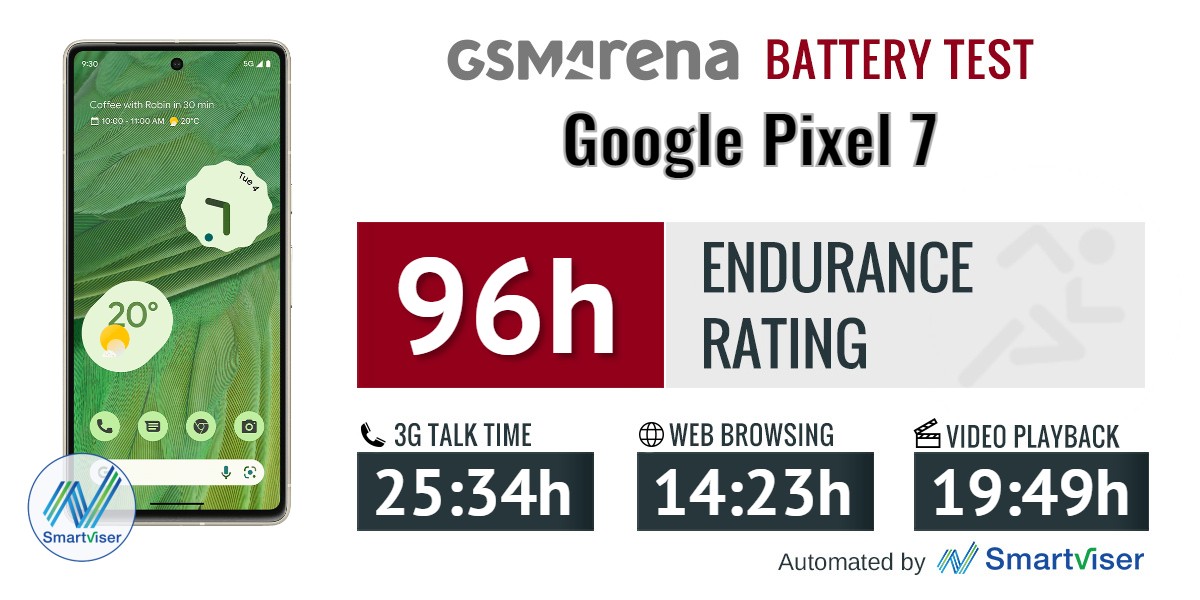 When put against its competitors, the Pixel 7 is doing pretty well. Most smartphones around the 6.0-inch display category are not the best performers in terms of battery endurance, especially flagships. The Pixel 6 edges out most of them, and it's only beaten by the Sony Xperia 5 IV and the Asus Zenfone 9. However, a deeper look into the scores and you will see that the Pixel 7 scores similarly in the screen-on tests only to be outperformed in the standby component.

Google's Pixels have always been a bit slow in the charging race, but the Pixel 7 is at least a tad faster than its predecessor. Although, that's probably due to the smaller battery. The 20W Power Delivery standard that the Pixel 7 uses is just too slow to be competitive nowadays. The Pixels are outpaced even by the Galaxy phones, and those are quite slow, too.

A full charge from 0% takes a whopping 1 hour and 40 minutes, while a 30-minute charge would restore 48%. To be fair, the 30-minute charge is decently fast, which explains why the device was a bit warmer than we would like until around the 60% mark. Then the device cooled off considerably as charging slowed down.

The Pixel 7 offers a set of two stereo speakers in the usual configuration - one at the bottom and another one at the top that acts as an earpiece as well. As it's usually the case, the one that sits behind the earpiece grille is slightly quieter.

In our loudness test, the Pixel 7 got a "Good" score of -26.2 LUFS, which is almost identical to the Pixel 6's score. And combined with the familiar sound quality, it's probably safe to assume that the Pixel 7 borrows the Pixel 6's speakers from last year. That's not necessarily a bad thing, as it's pretty good for a phone of this size. Bass is somewhat pronounced, vocals are clear, and distortion is minimal at high volumes. It's no iPhone level, but one could argue it's a bit better than Samsung's Galaxy S22 phones.

Pixel 7 has a design flaw. The rear camera protrudes out of the body and it shatters for no reason. Google charges a huge amount for repair. Fingerprint scanner is useless

Yes, i 2nd that...Have Fusion for about 2 weeks now and i can tell you it is an amazing phone.

If I have to wait 2 hours to charge a phone I'm sending it back, point blank. Cellphone phone battery tech has been out for years now and we have seen the dumpster fire that was the Note 7. Pixel brags about a 50 percent charge in 30 minutes whe...